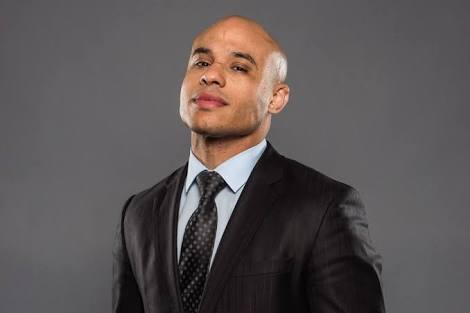 Ali Abdelaziz is one of the top managers in the MMA industry and is the CEO of Dominance MMA Management.

He has been managing too fighters since around a couple of decades now.He possesses a massive list of contacts.He is known not only for negotiating contacts but also training with his clients(fighters) thus understanding them on a different level.

The story of one handed fighter Nick Newell and him kocking at the UFC door for an oppotunity has been trending all over the MMA community.On October 17,2015,Newell announced his retirement from the sport.However on March 9,2018,Newell came out of retirement to face Sonny Luque at LFA 35.Newell won the fight via submission in the first round improving to 14-1 and thus asking for his opportunity.

Abdelaziz impressed with Newell,also named a potential opponent for him in the UFC(via Twitter):

I promoted some of @NotoriousNewell fights He always put it on the line, he never once turned down a fight. Who wants to see nick Newell vs sage northcutt? @arielhelwani @KevinI @espn @bokamotoESPN @joerogan

Newell flattered by Abdelaziz’s tweet responded that it it would definitely turn some heads towards him.(via Twitter):

That fight would turn a lot of heads & let people know I'm not fucking around. He seems like a nice young boy but it would be a great night for me #NewellToUFC #NewellWorldOrder https://t.co/DtqQzHGgCD

Newell’s only setback in his career came from current #6 ranked lightweight contender Justin ‘The Highlight’ Gaethje who also came for Newell’s support.(via Twitter):

I believe @NotoriousNewell deserves a shot. This sport hurts and it is unforgiving, much like some mma fans and critics. He will get hurt and lose like the the rest of us, it will not be because he is lacking in skill or suffering from a disability but because we are #Gladiators

Nick is a great talent 👍🏽 https://t.co/2DzshZgQwE

Can Newell handle the level of competition in the UFC? Only time will tell.