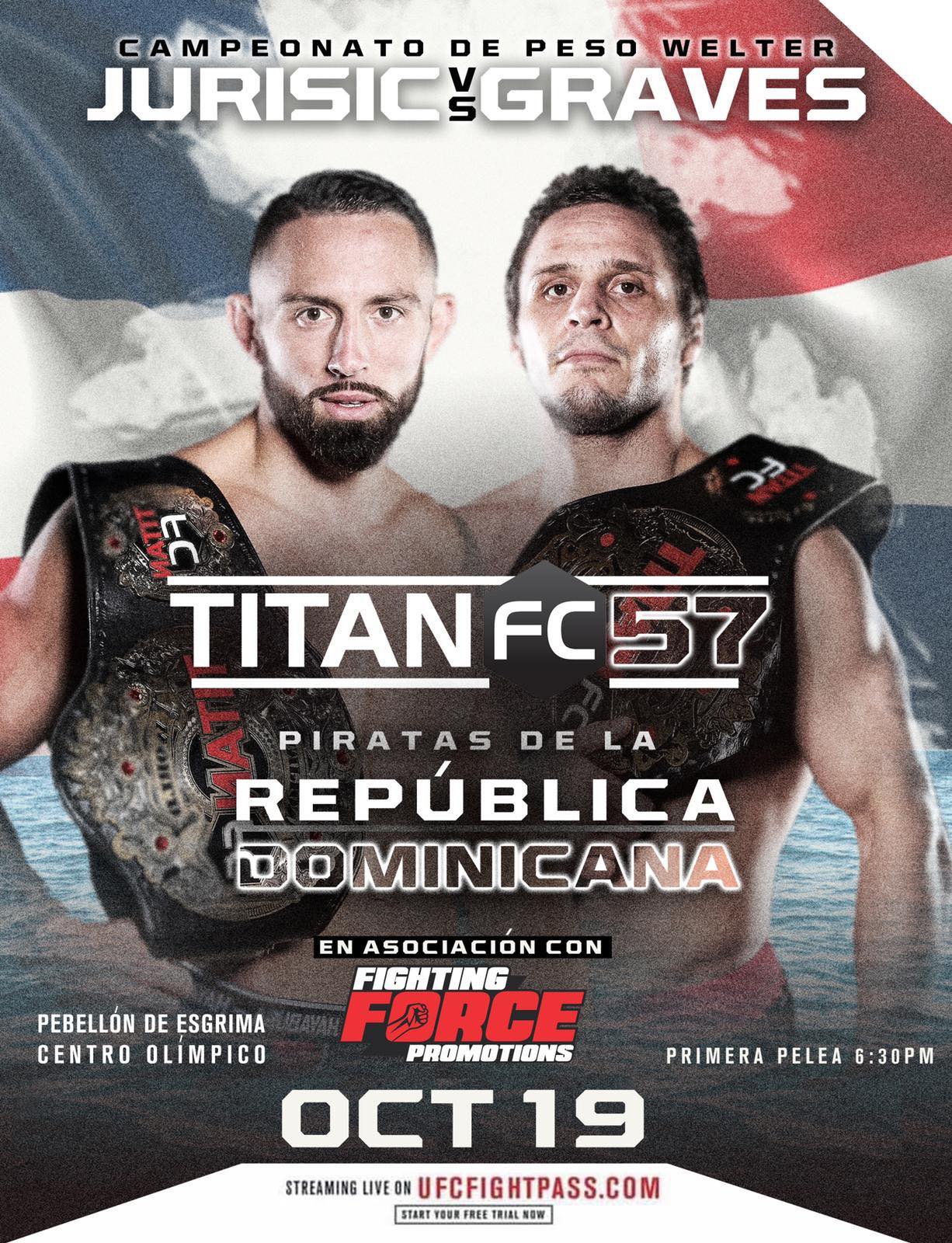 Titan Fighting Championship officials have announced that an undisputed welterweight champion will be declared when the promotion heads to the Dominican Republic for Titan FC 57 on October 19.

Undefeated Titan FC welterweight champion Uroš Jurišic (10-0) will make his first title defense when he puts his belt on the line against interim champion Michael Graves (8-1-2). Jurišic claimed the title back at Titan FC 50 when he submitted then champion Jose Caceres just 94 seconds into the contest. Graves has been red hot since coming to the Titan FC promotion, earning a hard-fought decision win over Gregg Ellis in Kazakhstan at Titan FC 51, and then claiming the interim title with a victory over Jared Gooden in March.

“Titan FC’s international expansion is in full swing as we now set our sights on the Caribbean market, specifically the Dominican Republic,” McMahon said.

Fighting Force President Rodolfo Duahajre is the first and only promoter in the Dominican Republic to have a license issued by the Ministry of Sports and Recreation through its Mixed Martial Arts Commission chaired by Commissioner Yoel Adames.

“Fighting Force is the leading promotion company in the Dominican Republic,” said Rodolfo Dauhajre. “Our goal is to take MMA to the highest level, and our partnership with Titan FC is a strategic step to achieve that goal. This is the new era of MMA in the DR!”

Also on the card, Titan FC lightweight champion Martin Brown will return to the cage after recently losing his Titan FC 56 main event spot due to opponent Beibit Nazarov sustaining visa issues that would keep him from entering the country.

More bouts to be announced soon.