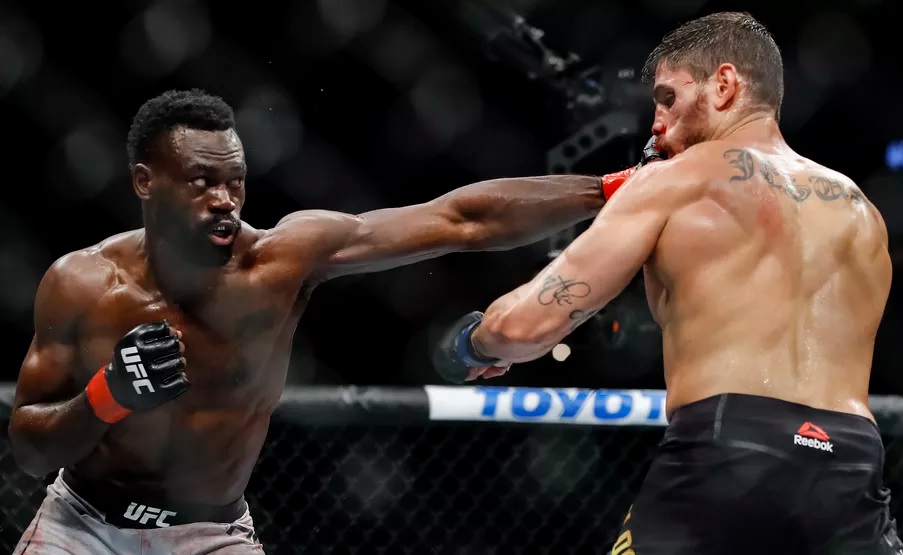 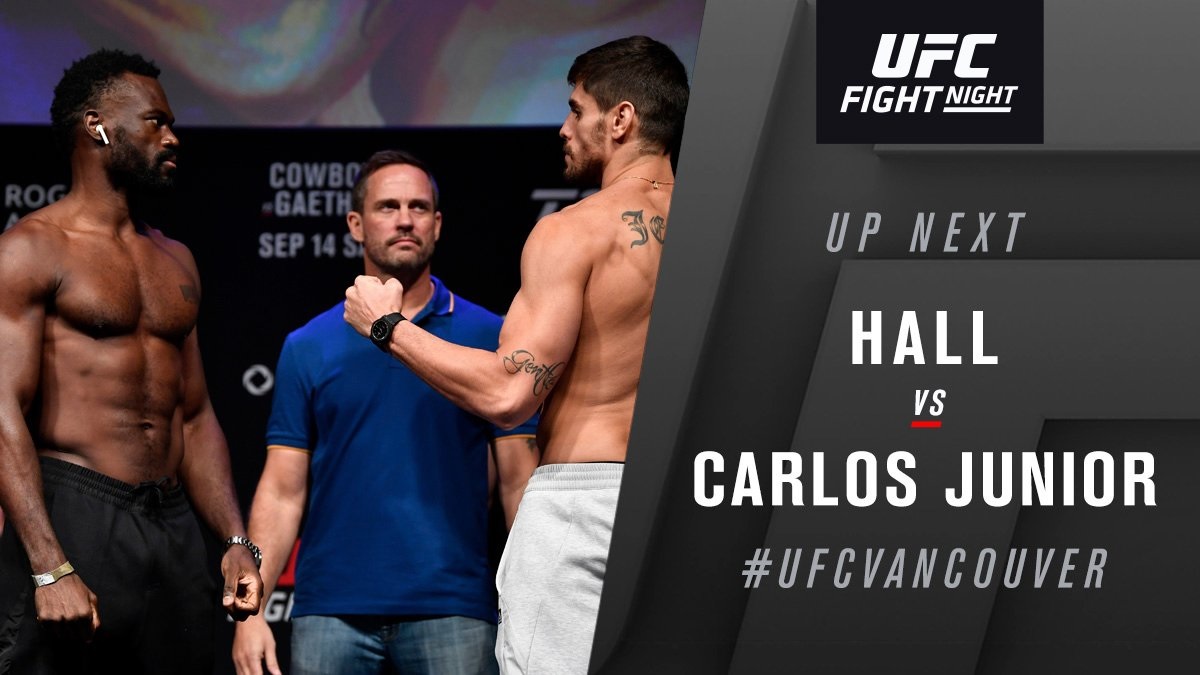 It was a tough and emotional night for Uriah Hall who had to slug it out with his former training partner and close pal Antonio Carlos Junior to win a split decision. Once touted as a prospect in the middleweight division, Uriah Hall suffered three consecutive defeats and his last three losses had come via TKO. But the former “Ultimate Fighter” finalist rebounded with a KO win last year and continued the momentum in this fight to earn his second win in a row.

It was a classic striker vs. grappler matchup with Antonio relying on his BJJ to put Uriah in scary moments on the ground. Uriah had to survive the submission attempts from Antonio, but once he broke free he used his boxing & kicks to smother up the Brazilian and in the process busted his nose. Back and forth action ensued in the second and third rounds with Uriah firing strikes that caught Anotnio off guard while the Brazilian went for takedowns once he got hold of Hall. But it was Hall’s striking that did most of the damage and made sure the judges scored a split decision in favour of Uriah Hall.