Urijah Faber is eyeing a fight against T.J. Dillashaw after his UFC comeback 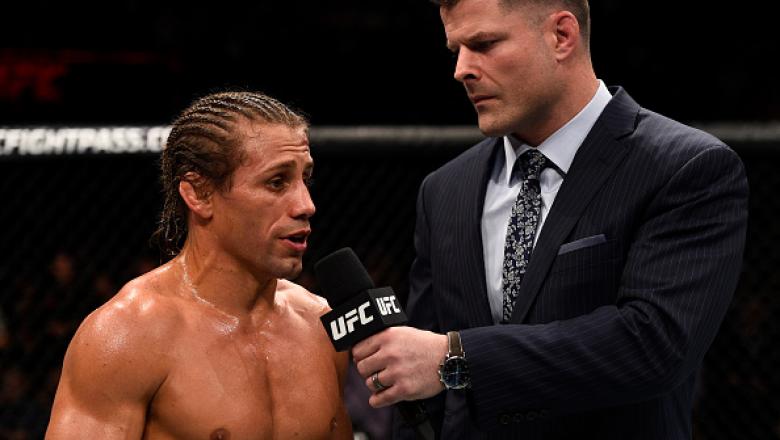 The entire rivalry between the former UFC bantamweight champion T.J. Dillashaw and his former gym, Team Alpha Male has been well documented. Now that the team’ founder and MMA legend Urijah Faber has talked about coming out of retirement, he is already putting fuel to the fire about a potential fight against Dillashaw.

Faber had retired back in 2016 after a victory over fellow veteran Brad Pickett. He had since been associated with MMA, solely as a coach. Just a few days earlier, Faber had announced that he was soon going to make his comeback to the octagon. 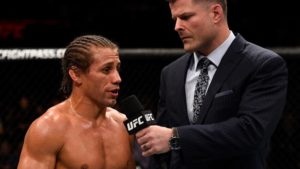 Faber recently made an appearance on Ariel Helwani’s MMA Show on ESPN. On the show, he talked about his comeback and discussed a potential fight against Dillashaw. Here’s what he had to say:

One of the reasons and Dana (White) has talked about also and I’ve talked to Murilo Bustamante and some of the other guys. The guys that don’t cheat, the guys that don’t do EPO, and HGH, and micro-dosing, testosterone or whatever the hell the kids are doing these days have a better longevity, joints. Just (your) body intact. You are operating as your body is supposed to. For me, I think that is part of the reasons why I have been in the top my entire career, the top echelon. The top-ten, the top-two, the top-three, the top-one my entire career. So, I feel good. We will have to see at that point. When you think of big fights for me in the weight class, Kron was exciting because there is a lot of hype around him right now and the history of his family. But, there is no history like the T.J. Dillashaw history that’s for sure.

Faber wanting to fight Dillashaw should come as no surprise to fans. In the past as well, he had often stated that he was eager to fight his former student.

Previous articleWho is Andy Ruiz Jr: The Mexican heavyweight who knocked out Anthony Joshua
Next articleHenry Cejudo believes a victory at UFC 238 against Marlon Moraes will make him the best Pound-for-Pound fighter