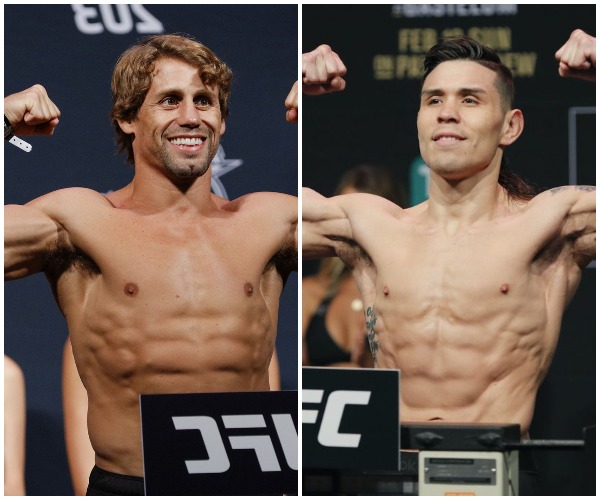 Urijah Faber is about to return to the UFC after two and a half years away as he comes out of his retirement to go toe-to-toe against Ricky Simon at UFC on ESPN+ in July.

The UFC hall of famer hasn’t fought since December 2016 when he defeated Brad Pickett by unanimous decision but comes out of retirement at 40 years of age to face up-and-coming bantamweight Ricky Simon in front of his hometown fans in Sacramento California. According to MMA Junkie and Wrestling Observer Newsletter’s Dave Meltzer, the fight has been verbally agreed to and is expected to be announced soon for the July 13th card.

Faber recently talked to Dan Hardy in an interview and said the following :

“Looking at today’s landscape, I just know that I can compete easily,” Faber said, per The MAC Life’s John Balfe. “I’ve stayed in great shape. It sounds like fun and the reason I stopped is because I wanted to. The reason I’m coming back is I have decided I want to … I just accepted a fight yesterday, I don’t know if that’s supposed to be put out yet.”

“Conor McGregor and I talk on occasion and he’s always, like, clawing at me, ‘Go get that snake! Go get that weasel!’ and you have other sentiment about that. ‘The story’s not over!’, you know? You know how Conor is. He’s hilarious. We have little private conversations on occasions like that.”