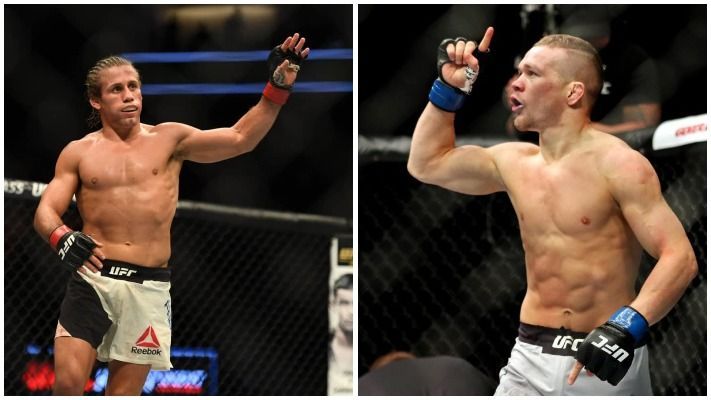 Earlier this year in July at UFC Sacramento, former four-time title challenger Uriah Faber made his Octagon return after coming out of 2-year retirement.

He knocked out #15 ranked contender Ricky Simon in the first round at the Golden 1 Center. It took the California Kid just 45-seconds to unload an overhand right on Simon to drop him and then follow up with a series of strikes until the referee had to step in. 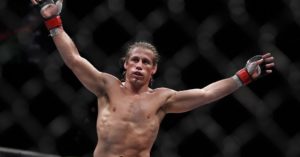 Now Faber will be returning back in action at the T-Mobile Arena at UFC 245 against top bantamweight contender Petr Yan.

Brett Okamoto of ESPN was the first to report the news on Twitter.

Breaking: Urijah Faber vs. Petr Yan is in the works for UFC 245 on Dec. 14 in Las Vegas. Huge fight for both. Faber trying to chase down his fifth UFC title shot. Yan chasing his first. More coming to @espn. pic.twitter.com/XHASQyIwMu

Petr Yan is coming off of a unanimous decision victory over Jimmie Rivera in his last fight at UFC 238 in June. He is also riding on a five-fight winning streak inside the UFC.

A win for either fighter could mean a title shot next against the current UFC bantamweight champion Henry Cejudo. UFC 245 is already stacked with three-title fights on the line.

Here’s how the current UFC 245 lineup now looks like:

Previous articleJose Aldo to fight bantamweight contender Marlon Moraes at UFC 245
Next articleRahul K Raju flies the flag for India against Pakistan’s Ahmed Mujtaba at ONE: Edge of Greatness