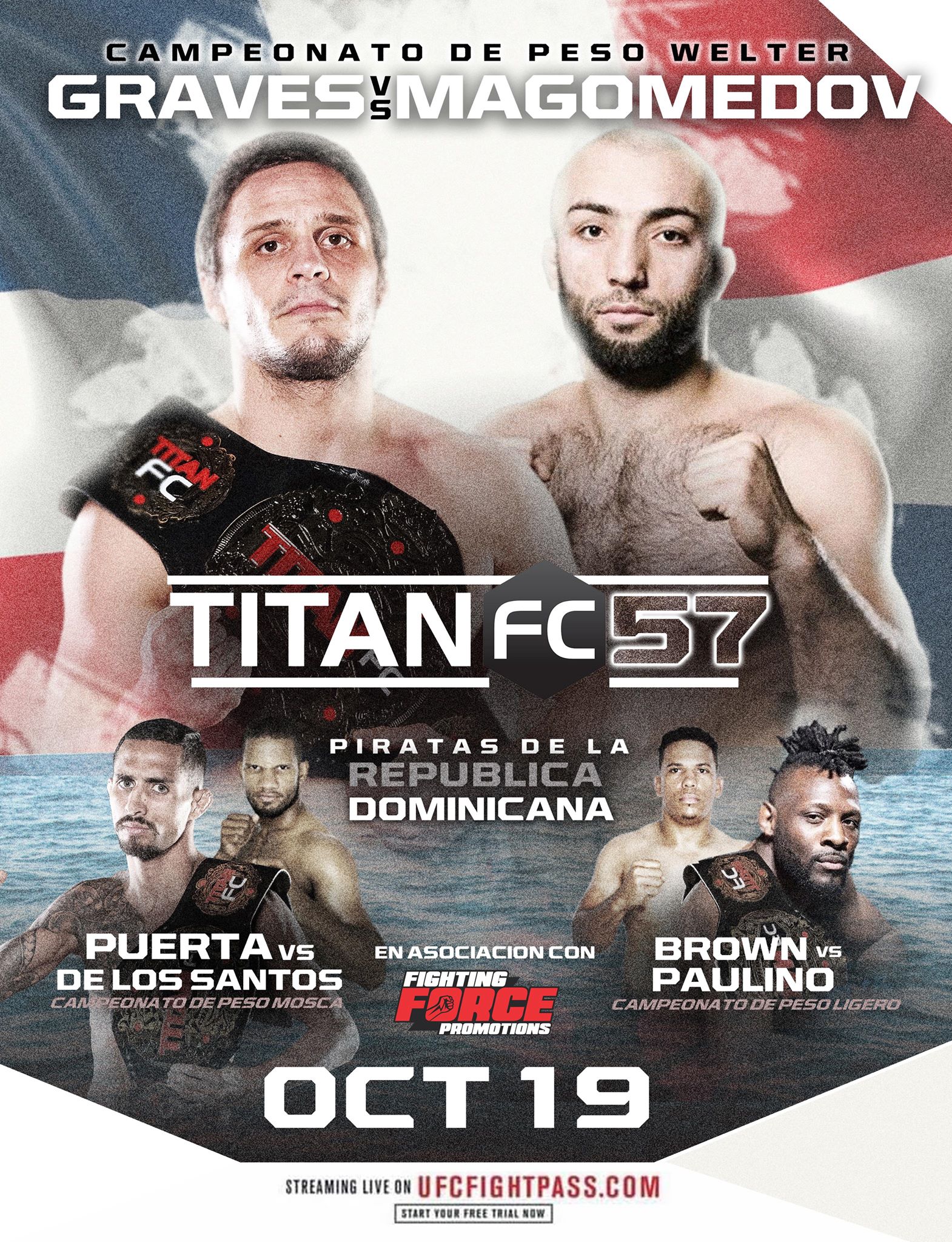 Titan Fighting Championship officials have announced that the promotion’s welterweight champion, Uros Jurisic (10-0), has been stripped of his title and that interim champion Michael Graves (8-1-2) is now the undisputed 170-pound title holder. According to Titan FC COO Lex McMahon, the move is “unprecedented, but necessary.”

“Unfortunately, Uros Jurisic has had to withdraw from his scheduled main event title fight in the Dominican Republic due to ongoing medical issues,” McMahon said.

“Uros was hospitalized twice over the past month for reasons that affect his ability to compete. We have given him ample opportunity to defend his title but unfortunately due to a series of medical issues and an unauthorized out of contract bout he has not been able to do so for almost one and a half years. Despite ongoing discussions with Uros’ management, Uros’ current medical condition remains unknown and ambiguous, nor have we been given any timeline for his return. Therefore, we have stripped him of his title and terminated his contract. We have believed in and supported Uros for the past several years. In fact we just gave him a substantial raise in his new contract. However, we can no longer hold the division up and leave Michael Graves in limbo as to when and if he will be able to unify the title. It is time to close the book on the Uros Jurisic era and begin a new chapter in the Titan FC Welterweight division. Michael Graves is now our unified welterweight champion and will defend his title on October 19th in the Dominican Republic at Titan FC 57 against Kamal Magomedov, one of the top prospects in the world known as an exciting fighter who finished all eight of his fights in the first round in dominant fashion,” McMahon said.

Jurisic was set to headline Titan FC 57 on October 19 in a title unification bout with interim champion Graves.  With Jurisic being removed from the card, Graves will now face the undefeated Kamal Magomedov (8-0).

The undefeated Jurisic has not defended his title since winning it in June 2018 at Titan FC 50 when he submitted then champion Jose Caceres just 94 seconds into the contest. Graves has been red hot since coming to the Titan FC promotion, earning a hard-fought decision win over Gregg Ellis in Kazakhstan at Titan FC 51, and then claiming the interim title with a victory over Jared Gooden in March.

Also on the card, Titan FC lightweight champion Martin Brown will return to the cage after recently losing his Titan FC 56 main event spot due to opponent Beibit Nazarov sustaining visa issues that would keep him from entering the country.  He will defend his 155-pound championship against Johansser Paulino (5-1) of the Dominican Republic.