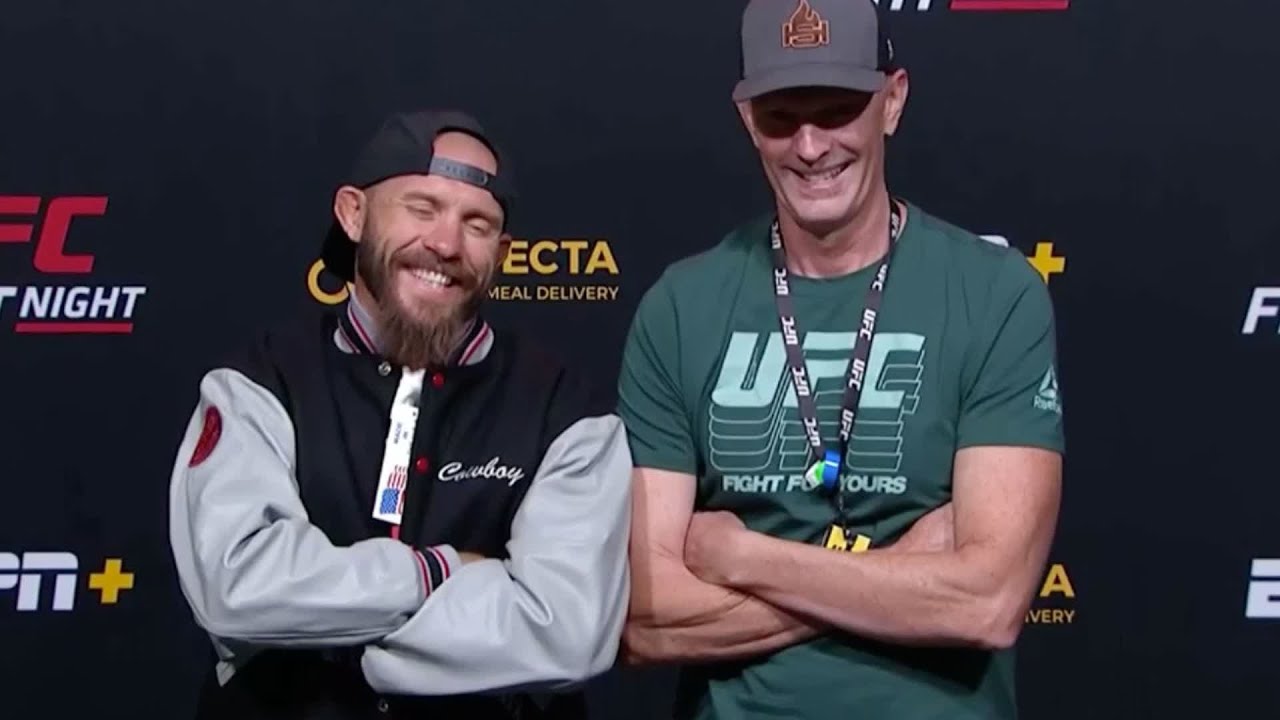 Cerrone, who fights on September 19 in the co-main event against Niko Price, holds UFC records for most wins (23), Performance Bonuses (18), tied for first with Charles Oliveira with finishes (16) and will once again tie Jim Miller for most UFC fights when he makes his 36th walk on Saturday. 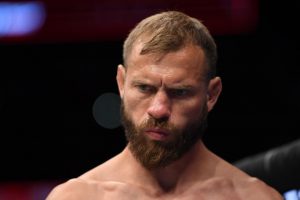 After receiving the commemorative letterman jacket, Cerrone joked with the media about USADA showing up to his ranch in Colorado late at night and what it means to be recognized for a clean career.

Jeff Novtizky, the main man at USADA and the Vice President for Athlete Health and Performance for the UFC, was there to honor Cowboy. Donald Cerrone had just tested clean for the 50th time. He now joins the likes of Daniel Cormier and Holly Holm to receive a gift for that act. It was the grey sleeved, black jacket, with his nickname stitched on the left side in cursive, a “50x” above the pockets, and the UFC logo across the back.

The man nicknamed “The Golden Snitch” spoke very highly of Donald Cerrone saying he never once has given anyone grief about the process. The 37-year-old lightweight and welterweight then fielded a couple of questions.

His stature at the top of the sport earns Cerrone almost universal respect, but at 37 years old, his legendary longevity breeds question marks about motivation. After the birth of his son, Dacson Danger Cerrone, “Cowboy” seemed to find a groove, fast-tracking him to a second UFC title shot. Four losses followed, three of which were by TKO, but naturally, Cerrone wasn’t deterred, and he entered his 36th UFC fight week with a newfound sense of internal motivation.

Though his current losing streak might raise questions around whether Cerrone still has it, losing to Tony Ferguson, Justin Gaethje, Conor McGregor and Anthony Pettis, all of whom have held some form of UFC gold, isn’t exactly something at which to scoff. In his three-round loss to Pettis, Donald looked his usual self and some clamored that the judges got the score wrong when they gave Pettis the edge on all three cards.