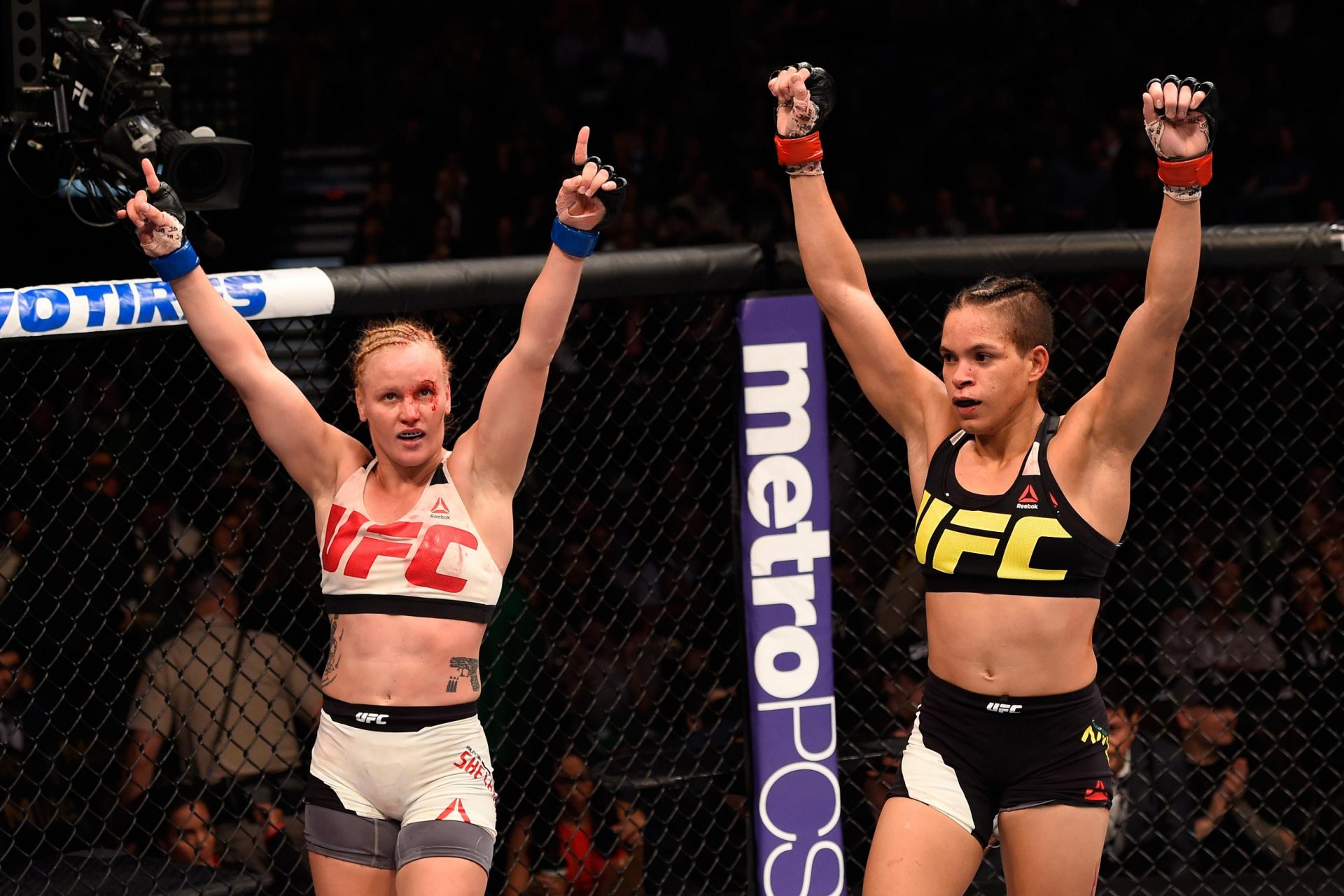 There are been no match for them in their respective weight classes. This coupled with the fact that both fighters have fought each other twice in an extremely close fight makes the trilogy inevitable.

Since then both pairs have gone a separate route to establish their dominance in different weight classes.

Now in an interview with MMAFighting.com, Shevchenko has expressed an interest in a trilogy fight with Nunes and she expects the fight to happen one day.

“Why I’m feeling like I’m not rushing or doing much of this stuff, I just feel it’s going to happen without extra power. Because as I say every time, if we continue successfully in our own weight class divisions, it’s going to be just only one fight that makes sense.” (H/T – MMAfighting)

Who do you guys think wins the trilogy? Let us know in the comment section below.