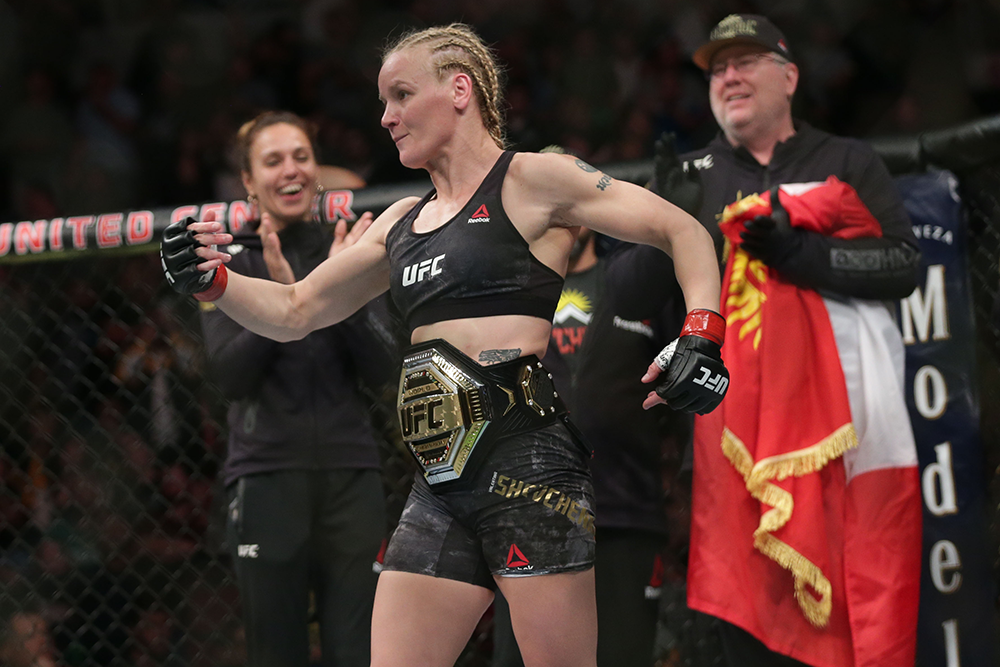 Jessica Andrade wants to step into the new trend of double champ in the UFC. The strawweight champion has made it clear that she wants to fight Valentina Shevchenko for the flyweight title. However, that will only happen once she gets past her current scheduled title defense against Weili Zhang at UFC on ESPN+ 15 on Aug. 31.

“That’s a fight I would really like to have,” Andrade told Brazilian news outlet Portal do Vale Tudo. “I believe that, if I win my next fight, which is my most important fight at the moment, who knows, I might ask for this Shevchenko fight. She’s the best at flyweight, so it would be a cool test for me.

“I want to see what level I’m at, if I have really improved. If I defend my title now, I do want to ask for the chance to fight Valentina and become a champion in two different weight classes.”

MMA Junkie caught up with Shevchenko to know about how she felt about the call out. “Interesting,” Shevchenko said. “I never heard of that yet. Let’s see. Before this move she has to pass her test as well. Let’s see what happens after her fight with the Chinese girl and you never know what’s going to happen in the future.”

It’s not for the first time that such a call out has been put forward by Andrade. Earlier a week she had said things along similar lines. Andrade had told BJ Penn.com that she wants to fight Shevchenko. It will propel Andrade into the league of double champs. Also, Jessica wants to check how she fares against top level flyweights.

Meanwhile Shevchenko is also gearing up for a title defense of her own. She will defend her throne against Liz Carmouche. Interestingly, Carmouche is the only fighter not named Amanda Nunes to have defeated Shevchenko inside the Octagon. Their title fight will headline UFC Fight Night 156 which will take place on Sun, 11 Aug, 5:30 a.m. at at Antel Arena in Montevideo, Uruguay.