UFC women’s flyweight champion Valentina Shevchenko has shared her thought on one of the most talked-about topics in the MMA circuit at the moment regarding the importance of ring girls. A few weeks back one of the biggest superstars in the game Khabib Nurmagomeodv made some comments about the existence of ring girls and their contribution to the game. In his statements, he called them the most useless part of the MMA. He received a huge backlash for these comments which he made. Now UFC women’s champion has also jumped in and given her opinion of the rings has supported them stating that they are an important part of the game and have been part of it for a long time. 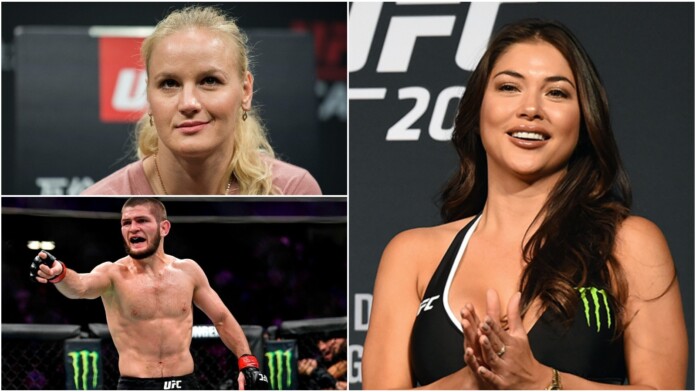 “Look, I don’t want to offend anyone, ring girls are the most useless people in martial arts,” Nurmagomedov said during a Moscow press conference (h/t MiddleEasy). “What is their purpose? I have a question. You can show that it is the second round on the screen. I realize that is a history. History knows many mistakes. We read history to avoid mistakes of the past in the future. If we look in the history, it says they are useless. That is my personal opinion” 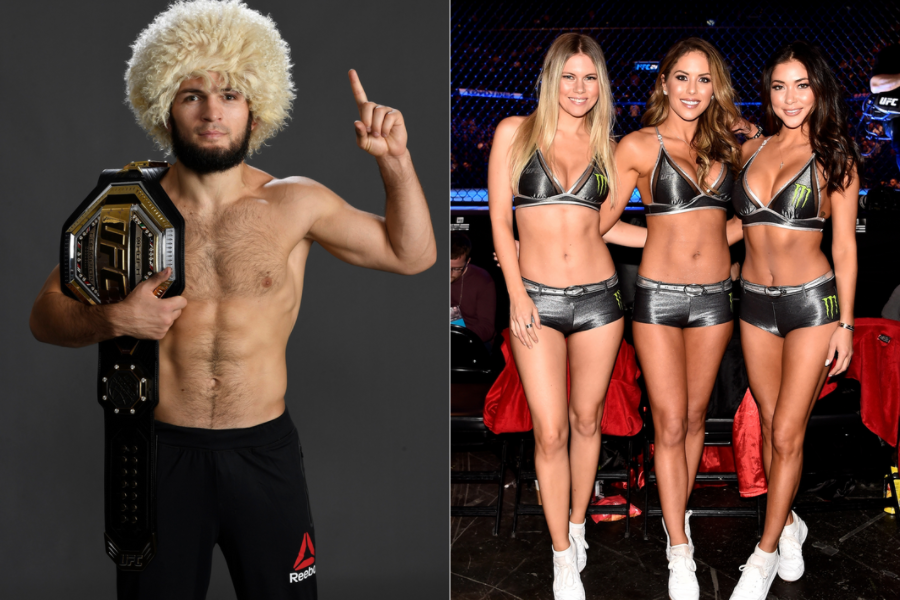 “I feel uncomfortable with my father,” he continued. “I am not against it. If you want you can do it, but don’t impose it to me, do it aside. There are the designated places for it. I think we must not mix all of it. This is my private opinion.”

In a recent conversation, Valentina expressed her thought on the ring girls and said that they had been part of the sport since the beginning and without them things would get boring.

“They were since the beginning of the UFC, they were since the beginning of everything. And to say they don’t belong to martial arts, it’s so bad. It’s so not right because they are part. And it’s kind of like, without all of this, any fighter would not be in the position of where he is right now. If there wouldn’t be ring girls, there wouldn’t be lights, fans, sounds. It’s just boring, it’s just boring to see. But all these little details, they fulfill the full picture. That’s why there is no discussion — ring girls are part of the biggest promotions, smallest promotions of anything,” Valentina Shevchenko told James Lynch (h/t MiddleEasy).

Valentina Shevchenko is now ready to defend her title against Lauren Murphy on September 25, 2021 at UFC 266.