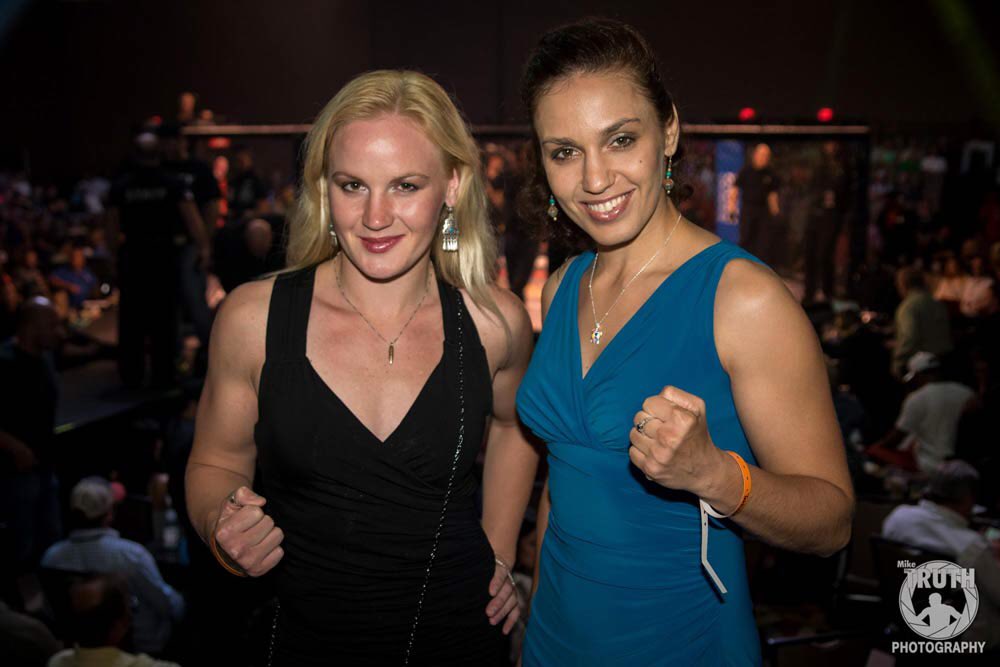 Dana White’s Tuesday Night Contender series season 2 is upon us.It is a web series held by UFC President Dana White on UFC Fight Pass.Just like the previous web series ‘Looking for a fight’,the goal of the series is to scout talent for the UFC.

Even though Antonina just has three fights under her resume,she is still selected to fight at the Contender series as according to a source,the UFC seems to bring fighters who have less experience but are notable names.(via Twitter):

Antonina might be inexperienced when it comes to MMA but just like her sister,she’s an accomplished Muay Thai Fighter.She has an incredible Kickboxing record of 39-1 with 6 victories via knockout.She was 2017 World MuayThai Council MuayThai Female Super Lightweight World Champion and 2017 Phoenix Fighting Championship Muay Thai World Champion.

Contender Series last year was a huge success.It featured 40 fights on every Tuesday of July and August. Out of the total 80 fighters,16 fighters earned a contract with 5 fighters namely Featherweights Dan Ige,Julio Arce and Matt Bessette where signed afterwards and Lightweight Mike Santiago and Heavyweight Zu Anwanyu where called for replacements.

Most notable of them all being Bantamweight(2-0 in UFC now) prospect Sean O’Malley. O’Malley threw a variety of spinning attacks followed by a huge right hand to knockout Alfred Khashakayan,earning himself a contract.

Middleweight Julian Marquez (1-0 in the UFC) knocked out his opponent Phil Hawes with a head kick to earn himself a contract.

UFC:Joe Rogan wants the ‘win bonus’ system out of MMA says that it is stealing money from the fighters