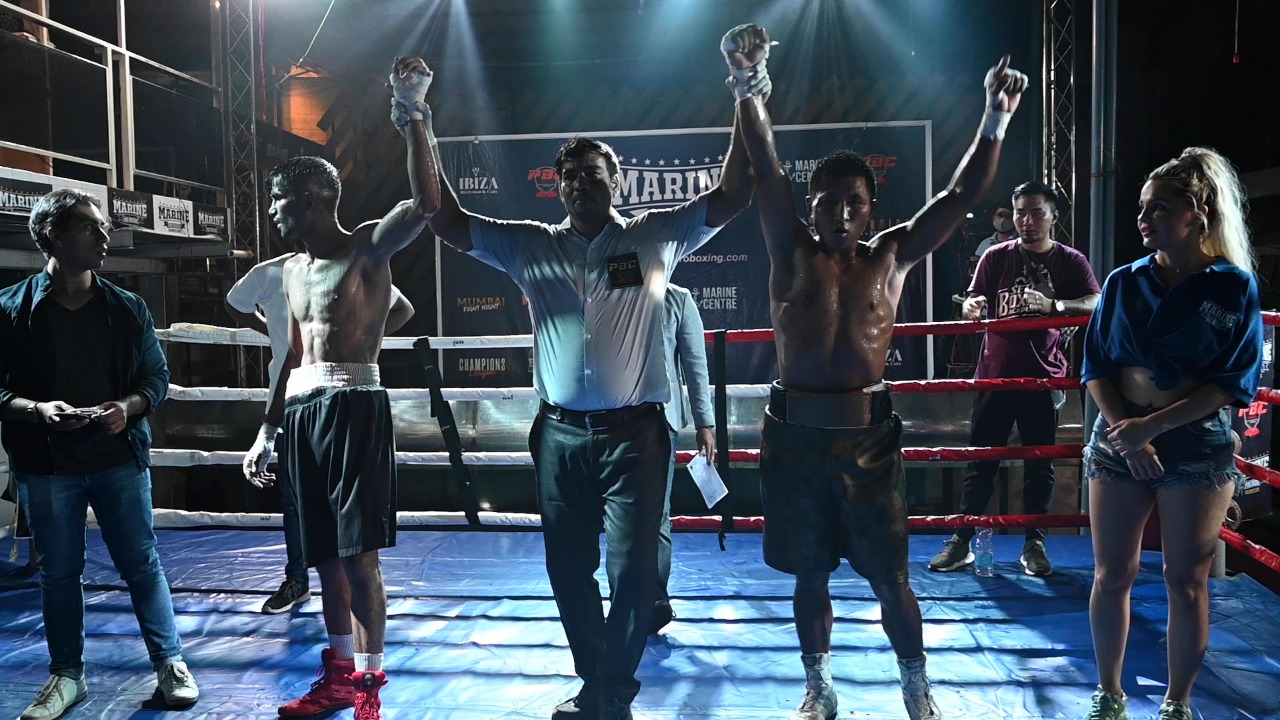 It was a hard-fought fight where both fighters hit each other with hard shots and rocked each other numerous times. At times, Sagar caught Vanlalawmpuia with caught the Mizo boxer, but couldn’t hurt him to a point where he could impose his will on him.

In the co-main event, there was another back and forth fight between Zoramchanna and Vinod Venteddu. It was a close fight where the Mizoram based boxer was able to knick a decision win. The fight was close to being stopped in the sixth round when Zoramchanna had a major cut below his eyes and the referee was close to calling the fight off with just two minutes remaining on the clock. Zoramchanna’s coach pleaded with the referee and the event supervisor to let the fight continue. 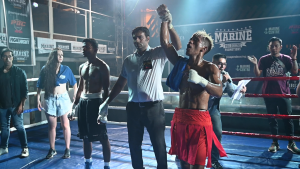 This seemed to have worked for Team Mizoram, as the fight ended with Zoramchanna emerging victorious.

The MMA India Show team managed to have a chat with Devraj Das of Marine Pro Boxing promotions to talk about the exciting fight card presented.

What do you think about the co-main event and main event?

“Well the co-main event was fantastic I like the spirit of two different fighters(style-wise) and like from two different regions who have never met before like in Indian boxing, apart from amateurs and professional. You know Vinod Vanteddu who is coming from Hyderabad and Zoramchhana who is coming from Mizoram was one of the craziest fights. Zoramchhana suffered a little cut I guess on his eyebrow. But he was ok. Well, that injury wasn’t that serious as that’s what boxing is all about. He didn’t give up and also it was the last round of the fight.

“Hashir also got hurt. He is from Chennai. He is recovering well, he got three stitches. He is now back in our cave and he is resting well but nothing to worry he will be back soon.“

Overall preview of the event?

“I think one of the highlight fights was one with Adil Singh. I was really proud of his performance. He is from Maharashtra Mumbai. He has great potential to develop as a great athlete in his weight division. Also then the co-main event and the main event were fantastic. I was surprised to see Sagar Chaudhary who was actually in the nationals and he didn’t get selected and some other piggy boys got in. He is a fantastic boxer. He is really as he has a tough fight to his opponent who is not an easy fighter to fight.”

Who do you really think won the main event?

“See you know as per me as the promoter it’s the commission who decides. As per my observation, the first three rounds were dominated by Vanlalawmpia but the last three were dominated by Sagar Chaudhary, he really nailed it in the last 3 rounds. And Vanlalawmpia was kind of gassed out in the last two but he gave his best and survived and landed some good blows. So I think the judges were the best people to judge this and they gave it a draw.”