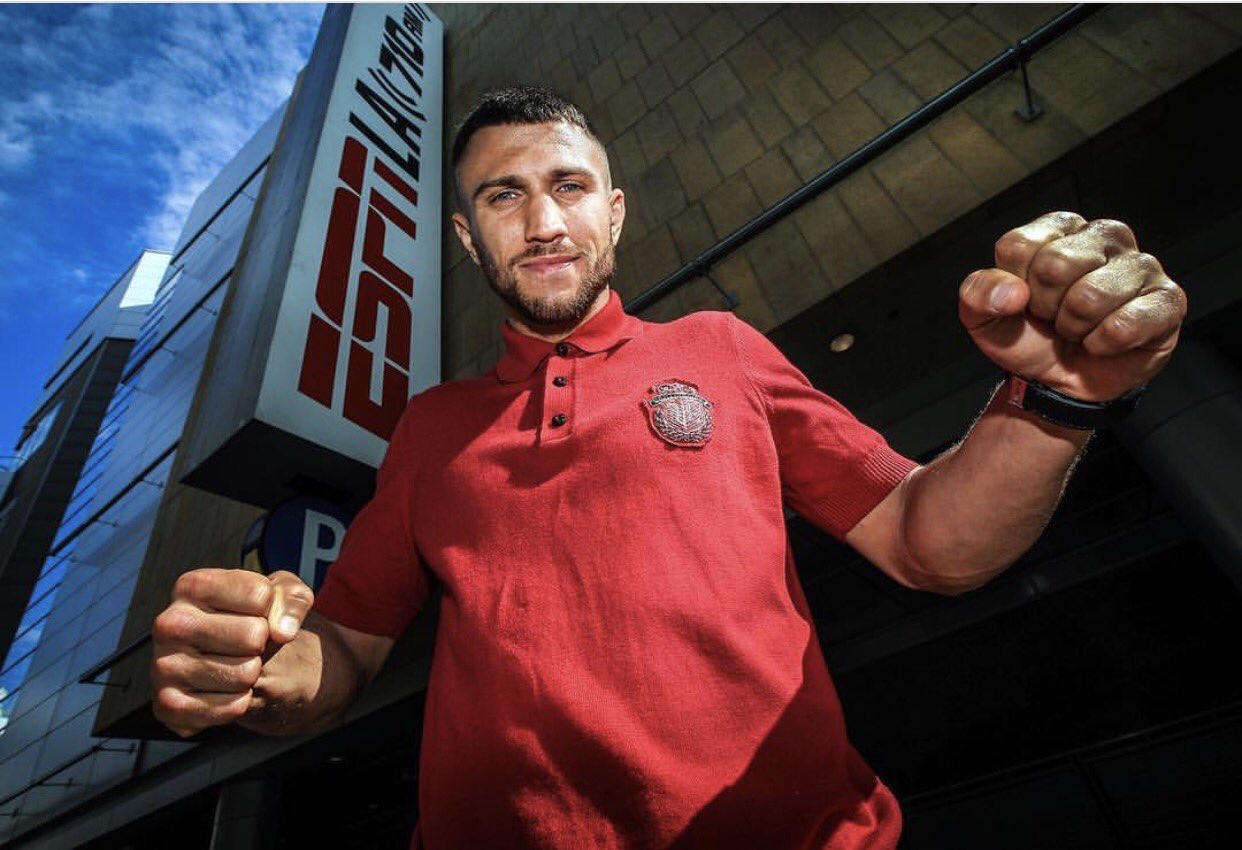 After the huge public rift between boxer Paulie Malignaggi and Conor Mcgregor’s camp, which have been well documented, we saw him leave his sparring duties against Conor Mcgregor and give quite a few interviews against the MMA star.

But taking advantage of the vacuum in Conor’s camp for a sparring partner is Vasyl Lomachenko who is fresh off of a TKO victory over Miguel Marriaga. He recently sent the offer to fill Paulie’s shoes as a sparring partner against Conor via twitter. 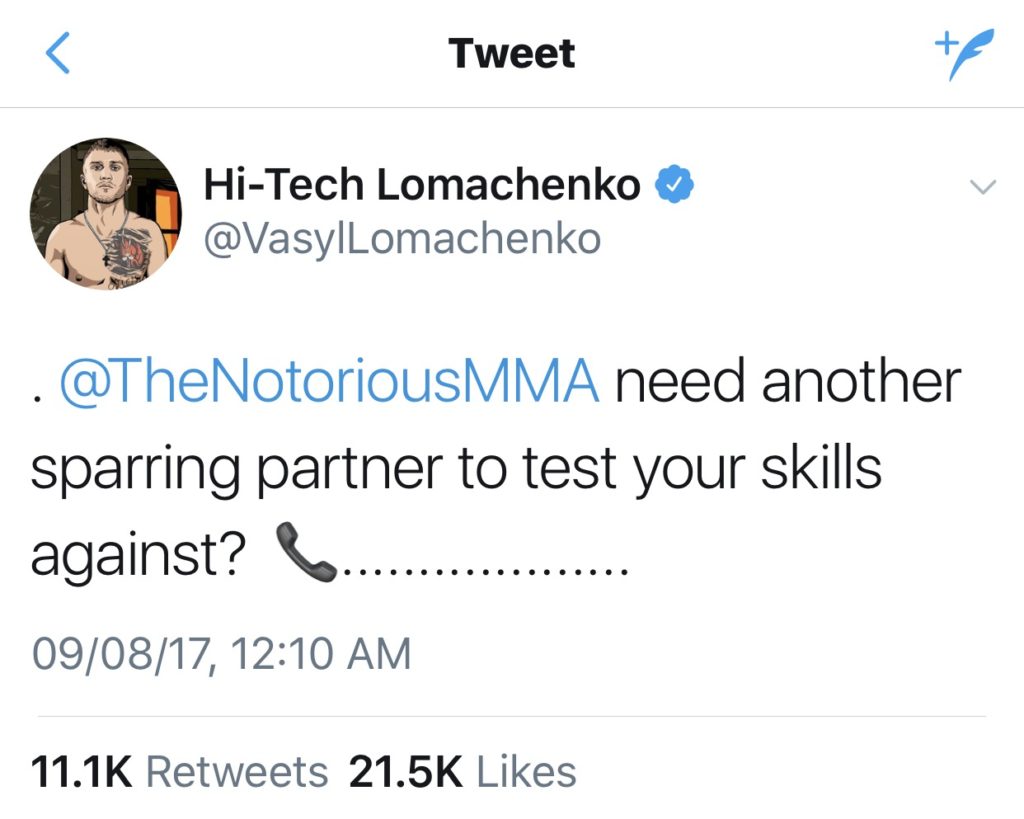 While it remains to be seen if Conor’s camp takes up the boxer’s offer considering his formidable footwork and boxing skills, what’s interesting is Vasyl has previously shown an interest in being on the under card of the Mayweather-Mcgregor fight. 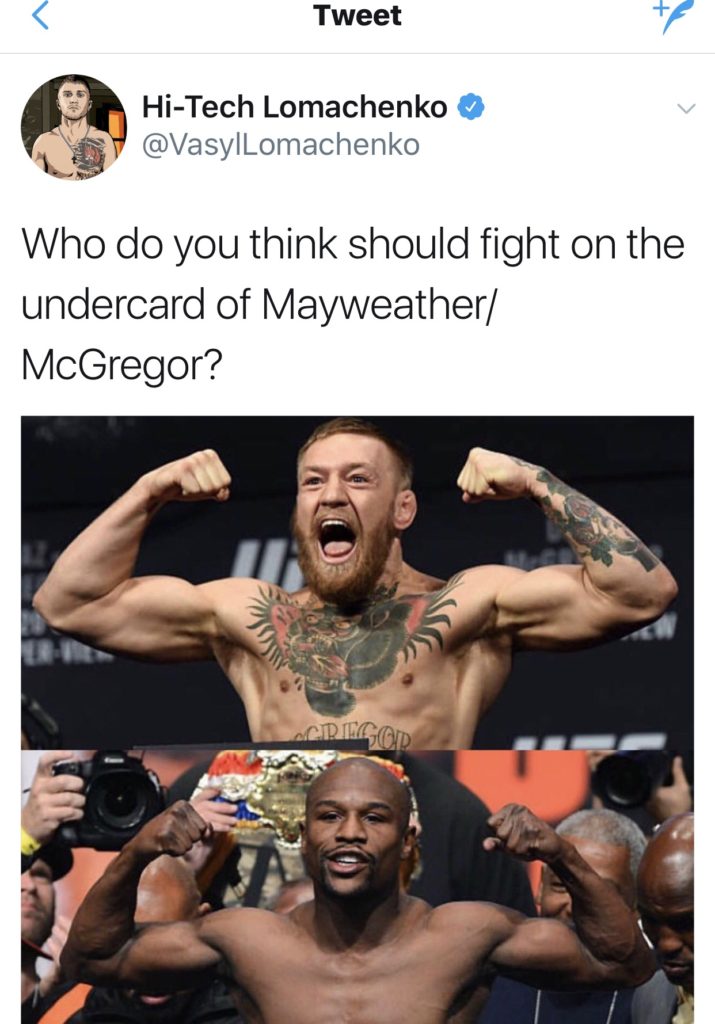 Vasyl has also previoulsy expressed interest in fighting Conor Mcgregor in an MMA set up saying he had done judo, wrestling and sambo as a youngster. 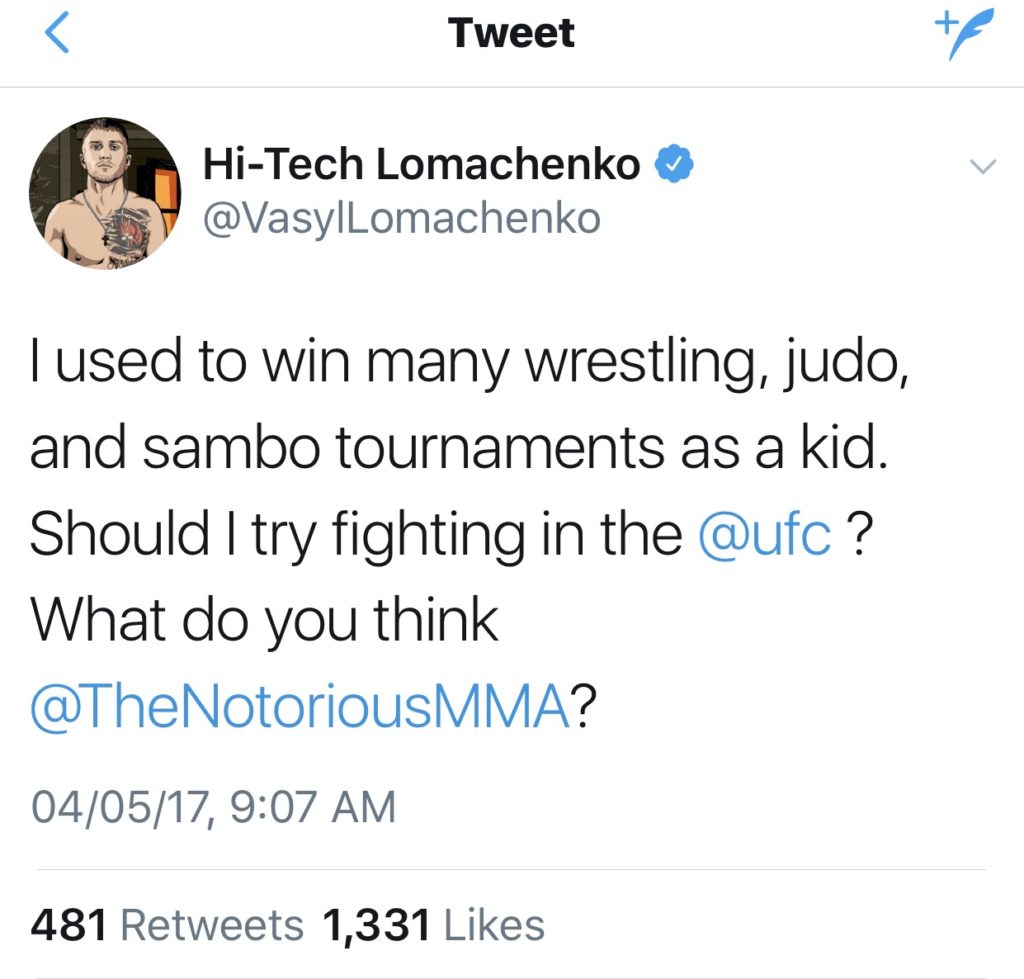