UFC: Vicente Luque to go on a honeymoon trip to Ireland with bonus money; teases training with Conor McGregor 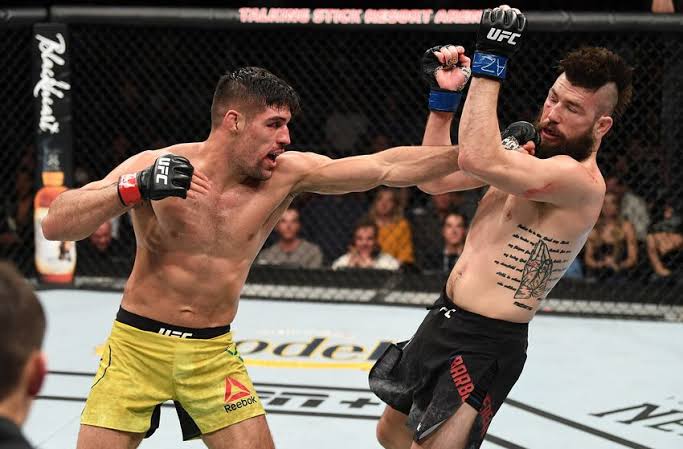 Surging welterweight Vicente ‘The Silent Assassin’ Luque has decided to have some well deserved silence for himself as he his planning a honeymoon trip to Ireland from the bonus money he earned.

Luque is fresh of a third round TKO victory in a war against another tough candidate in Bryan ‘Bam Bam’ Barbarena. As a cherry on the cake, both Luque and Barbarena earned a bonus of $50,000 courtesy of their fight being the ‘Fight of the Night’. The fight is also a strong candidate for potential ‘Fight of the Year’. The victory marked Luque’s eight stoppage in last nine fights, however is now targeting some life gains as he gets married to Carol Silveira on March 16. 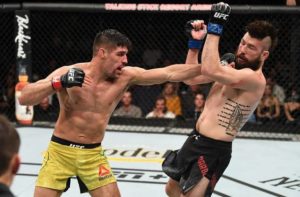 “She was happy with the win, but was tense and worried during the fight [laughs],” Luque told MMA Fighting. “(The bruises) are no big deal. The plan was to come out with my face clean and it wasn’t possible, but that was for a good reason. It was a great fight and I managed to come out victorious, and that’s what matters the most.”

Luque teased to meet none other than the Irish sensation, former double champ Conor McGregor during his honeymoon.

“Maybe I’ll go to (Conor) McGregor’s (gym) to train,” Luque said. When asked how Carol would react to him training during their honeymoon, he quickly said “I’m kidding”.

The first round of the back and forth war had Barbarena take a lot if damage but securing a knockdown at the end. The second round was vice versa, as Luque absorbed a lot of damage but got a knockdown. Luque however was able to land a knee in last 10 seconds of the fight, for a TKO victory. The bout featured a whooping 292 significant strikes.

Previous article
UFC: Kelvin Gastelum on ‘coming full circle’ when he takes on Israel Adesanya at UFC 236
Next article
Brave signs exclusive broadcast deal with TV5 in the Philippines
- Advertisement -