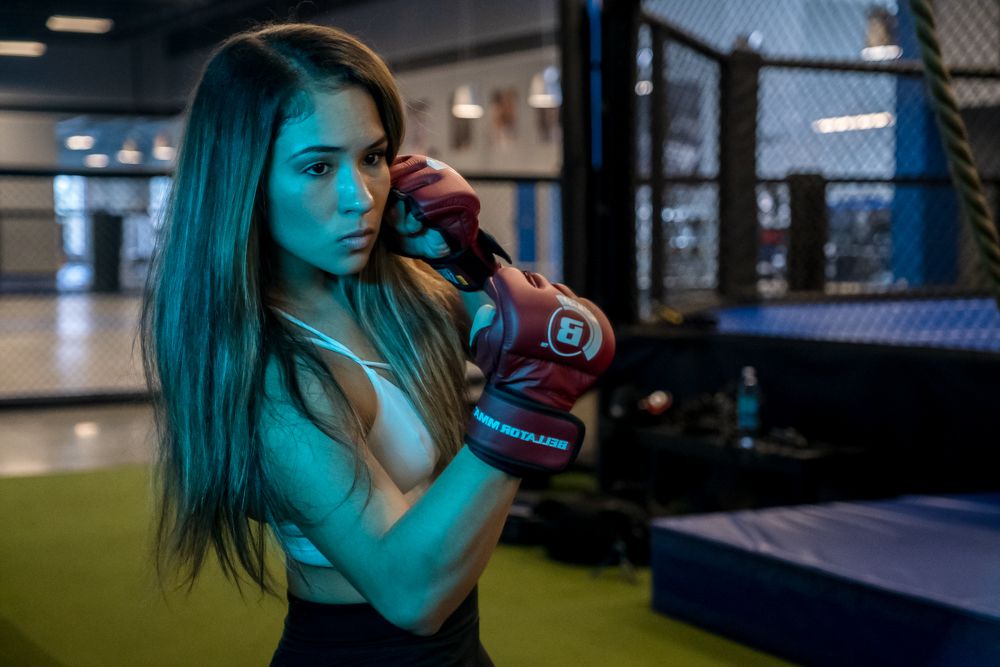 Bellator 216: MVP vs Daley saw the debut of possibly one of the major future fighters in Women’s MMA. Valerie Loureda, a master of Taekwondo in the truest sense, made her debut at Bellator in a fight against Colby Fletcher. However, it appears her debut almost did not take place due to a ruling by the commission.

Valerie Loureda’s debut in Bellator 216 was one of the most anticipated debuts of any female fighter. Having mastered the art of Taekwondo throughout her childhood, she almost made the United States Olympic team. However, that chance went begging, because she had to put aside her career to take care of her mother, who had been diagnosed with acute myeloid leukaemia. She also was the one who had to take care of her younger sisters.

According to Loureda, she had felt in her blood for the longest time, that she was meant to be in an Octagon. When she finally began her professional career, she defeated Colby Fletcher at Bellator 216 emphatically.

👊💥😲 @ValerieLouredaa with the hammer fists to cement her win tonight at #Bellator216.

However, her debut almost did not happen due to a decision by the commission.

Wanna know a secret ? The commission almost didn’t let me fight because of my eyelash extensions 😂

She revealed on Twitter that the Commission almost did not allow her to fight… due to her eyelash extensions. Of all the reasons that they could come up with, if the fans had been robbed of Loureda’s debut due to something like Eyelash Extensions, it would have been ridiculous.

Thankfully they allowed her to fight, and now she has made her mark in the MMA world.