VIDEO: Amir Khan knocks out Billy Dib in the fourth round, calls out Manny Pacquiao after the fight 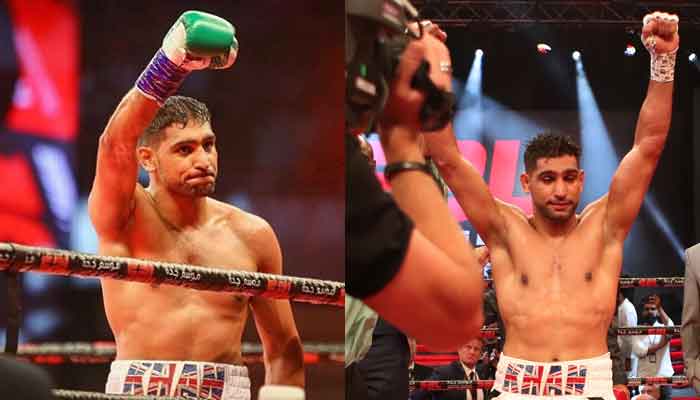 This was Amir Khan’s first fight since he lost to WBO welterweight champion Terence Crawford last April via stoppage at the Madison Square Garden in New York. Khan entertained the Saudi Crowd as the event was dubbed as ‘Red Sea Fight Night’ extravaganza. Amir Khan displayed terrific hand speed in this fight to claim the 34th win of his professional career. 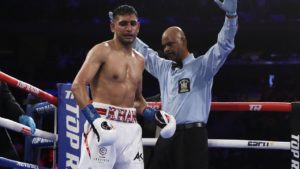 Amir was initially supposed to fight WBC Asia Welterweight champion Neeraj Goyat, bur the Indian boxer suffered an accident and had to pull out of the fight. Billy Dib was a two-week replacement fighter.

Immediately after his victory over Billy, the 32-year old former champion called out legendary eight-division world champion from the Philippines Manny Pacquiao.

“I want to face Manny Pacquiao in Jeddah, Saudi Arabia in the new year,” said Khan after the victory.

Do you guys want to see Khan fight Pacquiao next?

Amir Khan puts his career back on track #KhanDib pic.twitter.com/zhwviETSqm