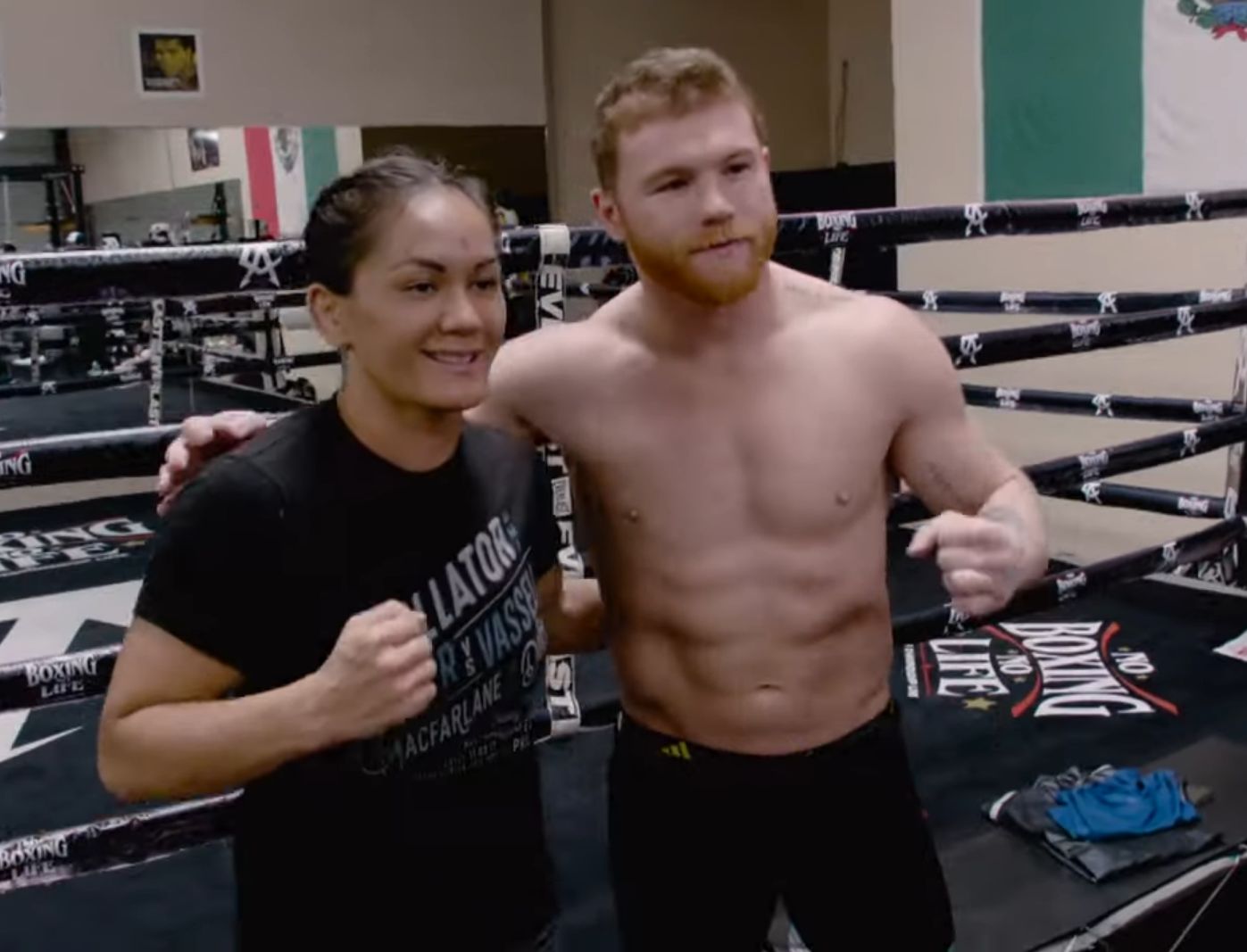 Undefeated women’s featherweight champion Ilima-Lei MacFarlane is all set to fight surging Veta Arteaga at the SAP Center in San Jose, California. This is an extremely important fight for MacFarlane and she is coming off of a submission win against Valerie Letourneau at Bellator 213 last year.

Ilima is one of the brightest prospects in the world of Mixed Martial Arts and is riding on an eight-fight winning streak in Bellator, she is fighting on the undercard at Bellator 220 which is being headlined by Rory MacDonald and John Fitch. 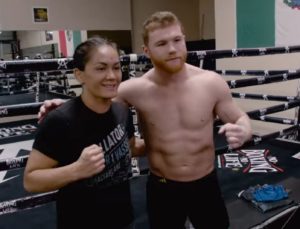 Ahead of her fight, she got the opportunity to train with WBC, WBA middleweight champion of the world and Boxing’s biggest superstar Canelo Alvarez. This training session with the Canelo’s camp was a surprise for Ilima who was under the impression that DAZN was going to surprise her for her birthday.

She had the opportunity to work the pads with renowned trainer Eddy Reynoso, who is also Canelo’s trainer. Ilima went hard on the pads and showed her combination punching skills.

MMA and Boxing fans might see more such collaboration in between the fighters from both the sport. Bellator signed a streaming deal with DAZN last year and Canelo also signed a five-year deal worth $365 Million with the streaming giant and it is also the biggest contract in all of sport.

Previous articleMUAY THAI SUPERSTARS DEMONSTRATE SKILLS AT ONE: WARRIORS OF LIGHT OPEN WORKOUT
Next articleUFC: Alex Oliviera on fighting Mike Perry: I want to knock him out fast so I get the bonus