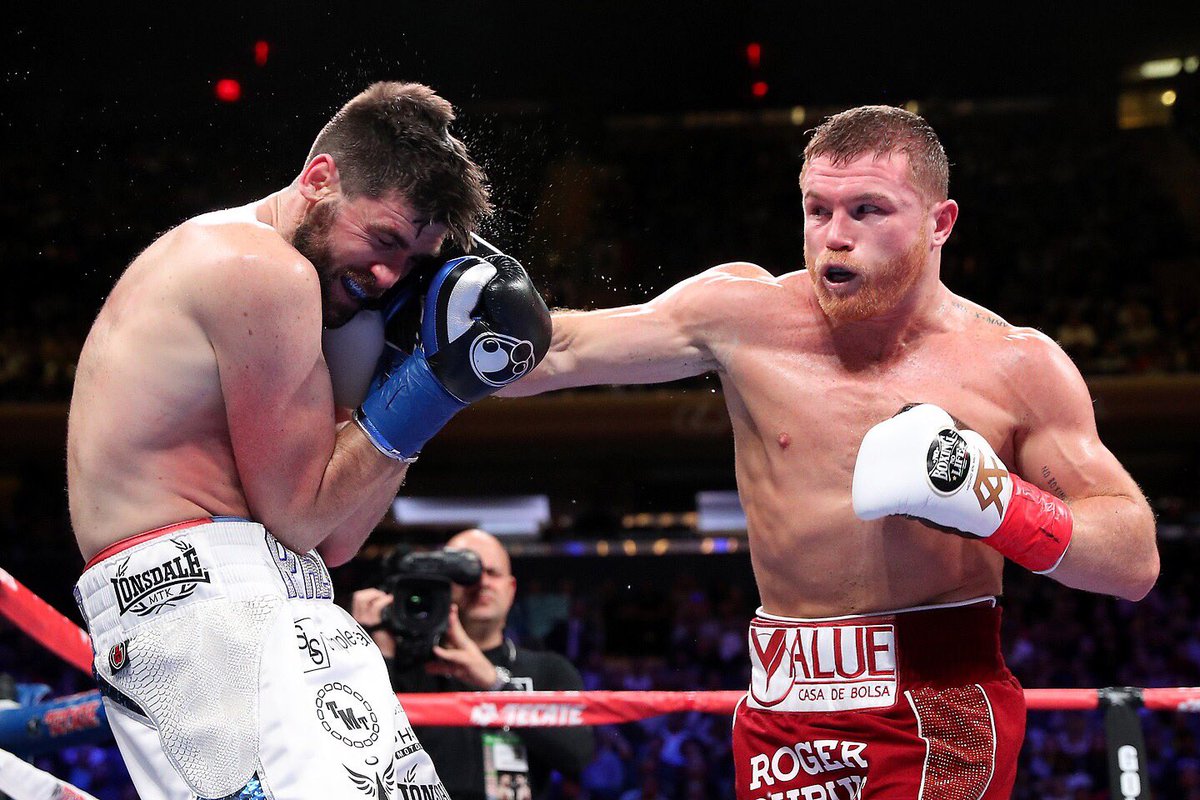 Canelo dropped Rocky in every round till the third where he dropped Fielding Twice and ended the fight at 2:28 of the third round with a brutal body shot after which the referee called off the fight.

This fight which was staged at the greatest arena in the world was filled with pro-Canelo supporters with a sellout crowd of 20,112. The bout served as the first in Alvarez’s 11-fight, $365 million deal with streaming app DAZN which pulled North America’s pay-per-view king off of the platform. 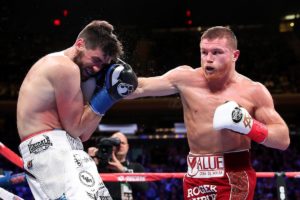 Canelo didn’t take any damage in the fight even though he walked through Fielding’s power punches, however, it was Canelo who was the better puncher as he dug hard shots to the body. He connected to the body on 35 of his 73 total shots landed, according to CompuBox.

Fielding had tremendous height and reach advantage over Canelo, but it didn’t mean much as the Mexican chopped down the Brits body round after round until the referee waived it off in the third.

With this win, Canelo now has become three-division world champion.