VIDEO: Deontay Wilder brutally knocks out Luis Ortiz in the seventh round to set up Tyson Fury rematch in February 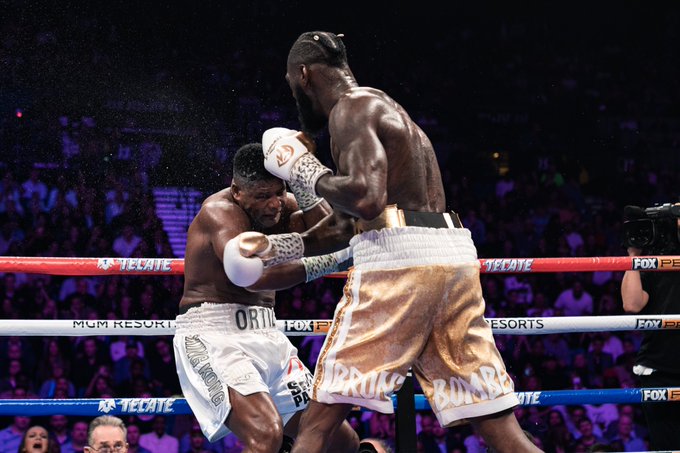 WBC heavyweight champion of the world Deontay Wilder successfully defended his title for the tenth consecutive times after knocking out his former foe Luis Ortiz in the seventh round at the MGM Grand Arena in Las Vegas. 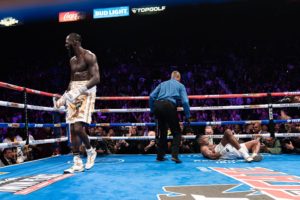 Wilder was losing the first six rounds as the Cuban heavyweight countered him to the head and body. But out of nowhere, in the seventh round, Wilder saw an opening and landed a huge right hand that brutally knocked out Ortiz, he was trying to get up but he failed to beat the ten count from the referee.

This fight was going exactly like their first fight which took place in Brooklyn last year where Ortiz managed to outbox him for the majority of the round, but Wilder managed to KO him late.

Now, Wilder has his eyes set on a rematch with Tyson Fury and during the post-fight interview, he revealed that the rematch will take place in February next year. Their first fight ended in a controversial draw.