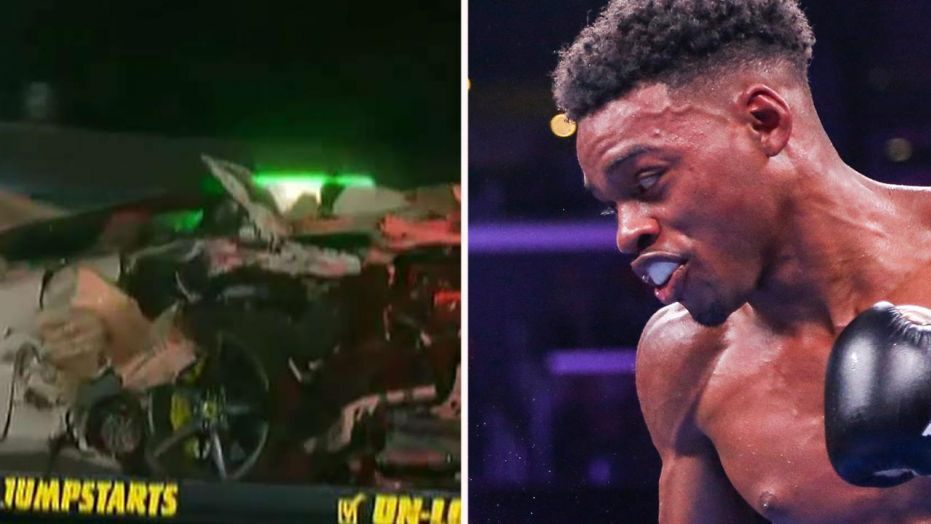 Yesterday IBF and WBC welterweight champion of the world Errol Spence Jr was involved in a horrific car crash in Dallas, Texas. Early reports stated that he was ejected from his Ferrari and that he wasn’t wearing any seat belt. His car flipped multiple times.

At that time, the Police reports stated that Spence Jr was seriously injured, but the extent of his injury was not revealed. 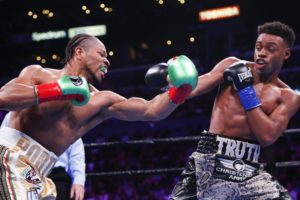 However, according to the latest report, Spence is awake and fully stable and also that he hasn’t suffered any broken bone and is expected to make full recovery. The accident occurred around 2:53 am CT.

Another angle of Errol Spence’s wreck from early this morning (H/T @RealAustinYork) pic.twitter.com/mNK95ZRfzs

“Errol was in an accident, and his parents are with him at the hospital,” Premier Boxing Champions spokesman Tim Smith told ESPN. “The doctors are monitoring his condition, but his injuries are not life-threatening. We will have further updates as the doctors update his condition. We’re all wishing the best for Errol.”

The official Twitter account of the PBC also released an official statement stating that Spence will make full recovery.

Unified Welterweight Champ @ErrolSpenceJr was involved in a serious, single-car accident early this morning and is being treated at Dallas-area hospital. Spence is awake & responding and his condition is stable. He did not sustain any broken bones—but has some facial lacerations. pic.twitter.com/owhuxN8sTA

Numerous other Boxers also tweeted out in support of Errol Spence Jr and wished him a quick recovery.

Get well soon champ! Thought are with you and wishing you a full and speedy recovery ❤️ pic.twitter.com/4wATg6SIVk

You’re in our prayers Brotha. @ErrolSpenceJr.
Speaking many blessings into the Universe as well, that you may be restored with full Health and a Clear Mind as we patiently wait on your return Blessings. 🙏🏿#BombZquad pic.twitter.com/QGfZf8c4ZT

Lest go champ you can do this 🙏🏻 @ErrolSpenceJr

Errol Spence Jr is coming off of a hard-fought split-decision win over Shawn Porter last month at the Staples Center in Los Angeles, California. Spence is so far undefeated in his career and now holds a professional record of 26-0.

Previous articleTyron Woodley says he can knock Canelo Alvarez out
Next articleWatch: Kron Gracie explains why he decided to join Nick and Nate Diaz’s camp