VIDEO: Gurdarshan Mangat wins in his ONE fighting championship debut in Myanmar 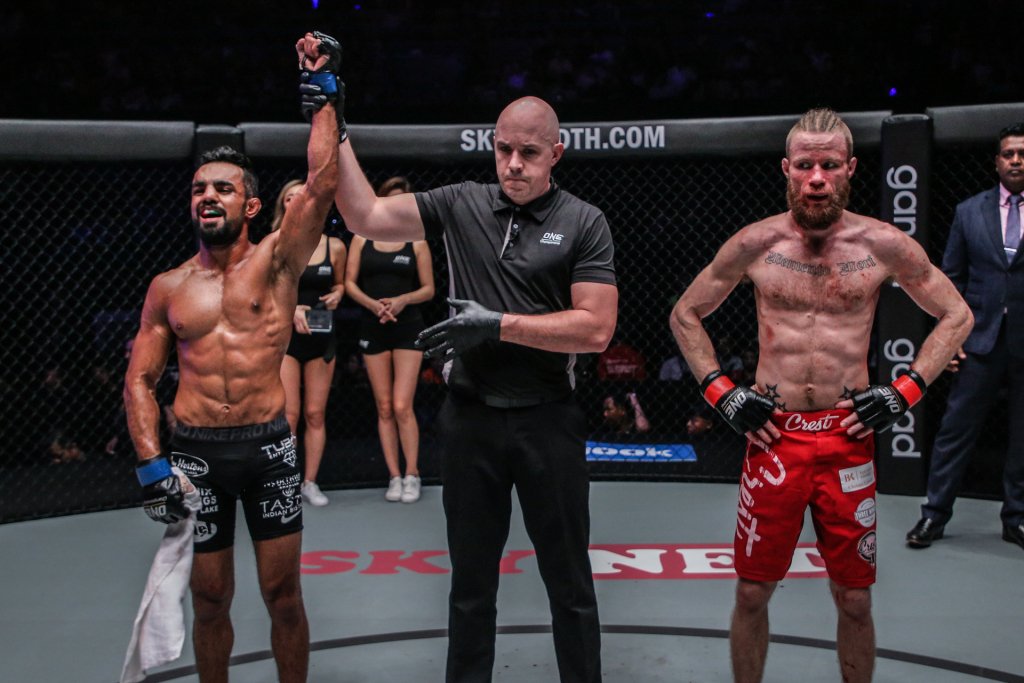 Indian origin Mixed Martial artist from Canada, Gurdarshan “Saint Lion” Mangat, 32 got his first win on his ONE fighting championship debut at the ONE: Reign of Valor event staged in Yangon, Myanmar.

He fought Toni ‘Dynamite’ Tauru (11-7-0) of Finland and TKO’d him in the third round at the bantamweight category. With that win, Mangat improved his professional record to 14 wins and 2 losses. 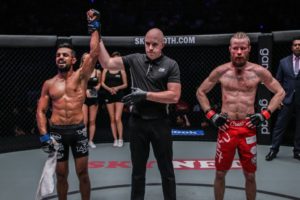 Gurdarshan Mangat fought after a long layoff of almost a year. He was last seen in action at the Super Fight League back in 2018 when he represented team U.P Nawabs. In the SFL, he was on a 3-fight winning streak.

In his ONE FC debut, Mangat fought impressively and traded huge shots with Toni Tauru who was also the former ONE FC title challenger. The fight was entertaining for the first two rounds, as they turned the fight into an exciting back and forth action. It was in the third round when Mangat dropped Tauru with a left hook and then followed by a jumping knee. He then followed it with hard punches which ultimately forced the referee to step in at 1 minute and 23 seconds of the third round.

The main event was headlined by Zebaztian Kadestam and Georgiy Kichigin who competed for the ONE welterweight world championship.

Dana White: What Conor really wants is the Khabib fight – not Cerrone