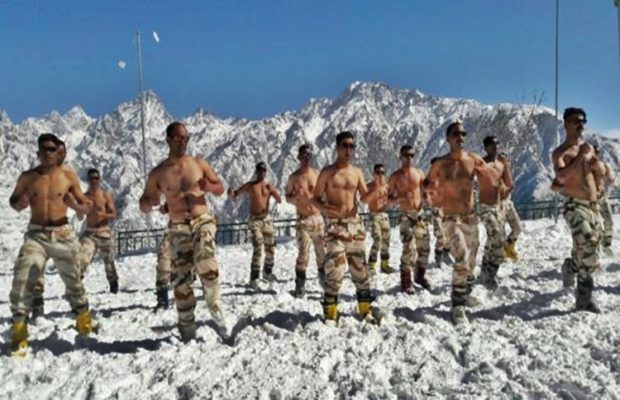 India is a vast country comprised of different geographical features. From extremely hot and sandy Thar Desert to the extremely cold and snowy Siachen, from grasslands to hilly regions from places which experience extreme rainfall to places which get little to no rain, this country is extremely diverse. 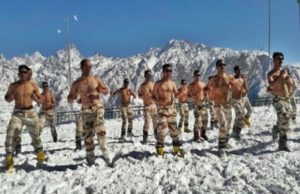 To secure such a vast country, India is blessed to have extremely powerful Armed forces who are responsible to protect this nation 24/7. However, on the northern frontier along the Chinese border, the task of securing the border is bestowed on the hands of the Indo-Tibetan border police(ITPB).

At 11,000 ft above sea level in extreme cold, the ITPB soldiers can be seen practising Kyokushin Karate. The soldiers have no upper body clothing in a place where winter temperature drops below -4°C. The footage is taken from Auli region of Uttrakhand.

A normal person or a civilian wouldn’t last long in such an extreme climate.