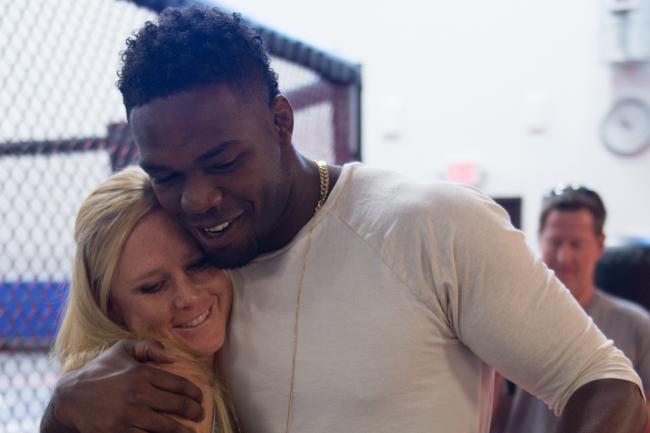 Jon Jones may be going through one of the longest hiatus in his career, but he still make sure that he works out with his friend and teammate Holly Holms. Both the former UFC champions were found together on their roadwork day going for a 5k run during a rainstorm.

The video uploaded by Jon Jones on his official Instagram show both the JacksonWinke teammates running uphill during a gusting wind. The fighters clearly had a look of satisfaction and fulfillment on their face after they successfully finished their workout.

Jones has been involved in several controversies and has lost his title each time as a result of disciplinary action. His last victory against Daniel Cormier has been reversed as a non-contest after he was tested positive for banned substance. Holly Holm’s victory over the previously unbeaten Ronda Rousey remains as the greatest moment of her MMA career.

Previous article
UFC: Chris Weidman explains why UFC didn’t give him title shot, says ‘It kind of pisses me off’
Next article
UFC: Sergio Pettis to fight Jussier Formiga at UFC 229