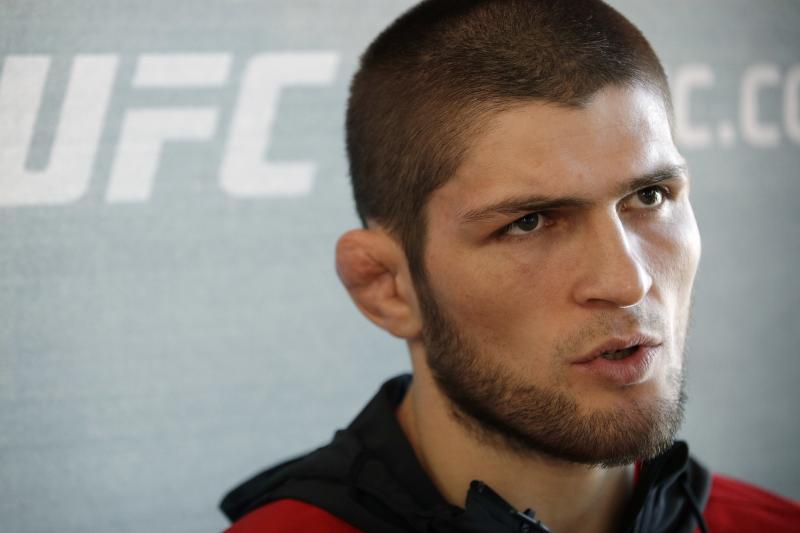 While everyone is busy preparing for UFC 223, Khabib Nurmagomedov and Artem Lobov got into an altercation last day at the hotel in Brooklyn.

The incident was caught on camera by Sikjitsu head coach Rick Little who will be cornering Michael Chiesa this weekend at UFC 223 when Chiesa fights the former champion, Anthony Pettis. The exact reason for the altercation is still unclear but considering the history between Khabib Nurmagomedov and Lobov’s close friend and training partner Conor McGregor, it’s not a huge surprise that both the Russians got into an altercation.

Khabib has been rallying for a fight with McGregor for a long time now and he has been quite vocal about the Irishman’s inactivity in the UFC despite being a champion. Lobov, meanwhile, has always been supportive of McGregor for obvious reasons.

You can see the video of the confrontation below which was posted by MMA Nytt.

Fortunately, the confrontation did not end up being physical which is good for both the fighters as they will be in action during the weekend.

Both Khabib and Lobov will be fighting this weekend at UFC 223. Khabib will be headlining the pay-per-view when he fights Max Holloway for the Lightweight championship. He was initially supposed to fight Tony Ferguson who pulled out in the last minute due to a knee injury. Holloway stepped in on short notice and will apparently go through one of the toughest weight cuts in-order to fight this Saturday.

Lobov, on the other hand, will be fighting Alex Caceres at the event. The fight will feature on the preliminary card. The Russian is currently 13-14 in his career and will be looking to bounce back from a two-fight losing streak. He last fought back in October 2017 when he suffered a defeat against Andre Fili. Prior to this, Lobov had also lost to Cub Swanson.