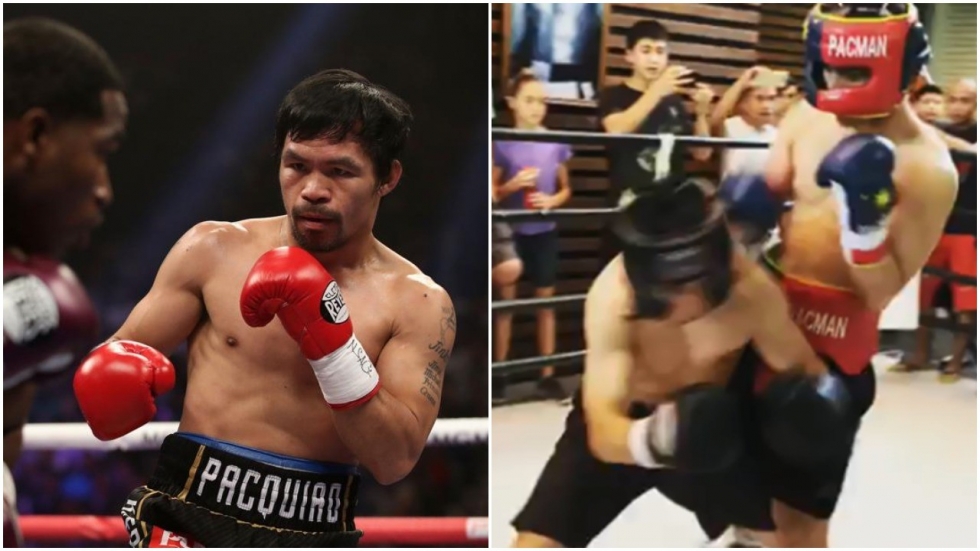 Former eight-division world champion Manny Pacquiao needs no introduction. He is one of the most popular athletes in the world. His explosiveness in the boxing ring and his humbleness outside the ring has made him a global icon.

He has five children and has made it clear before that he doesn’t want his kids trying boxing. But it looks like there’s no stopping Manny’s second eldest son Emmanuel “Jimuel” Pacquiao Jr who has just won his first fight. 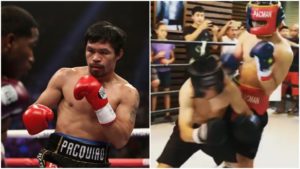 The fight took place between Pacquiao Jr and Lucas Carson in the 2-round bout in a gym in the Philippines. As the fight started, Jr showed some of his dad’s moves and knocked down his opponent in the first round.

Emmanuel Pacquiao Jr., the son of @MannyPacquiao, just had his first amateur fight in Manila. A little wild but @EmmanuelpacJr has a strong right hand and a fighter’s spirit pic.twitter.com/3wxc7GkVwA

The crowd cheered every time Jr landed a punch and wasn’t afraid to take a punch. The 18-year old Emmanuel started boxing earlier this year when his father Manny was preparing for his fight against Adrien Broner in Los Angeles. Emmanuel did really good in his first amateur bout despite his lack of experience.

After the bout, Jr admitted that his opponent was tough and he needs to work more on his cardio.

His opponent Carson acknowledged that Jr was good.

“Emmanuel did really good, right? I was definitely knocked so many times. It hurt a lot but I wanted to keep going and have a good match in the end,” Carson said.

Manny was not present to watch the fight, but he has said that he supports his son and believes he will be world champion one day.

“I support Emmanuel Jnr in any and all of his endeavours. Boxing is a very tough sport, but I believe my son has what it takes to become a champion, if he puts his mind and heart into it,” Manny Pacquiao told South China Post.