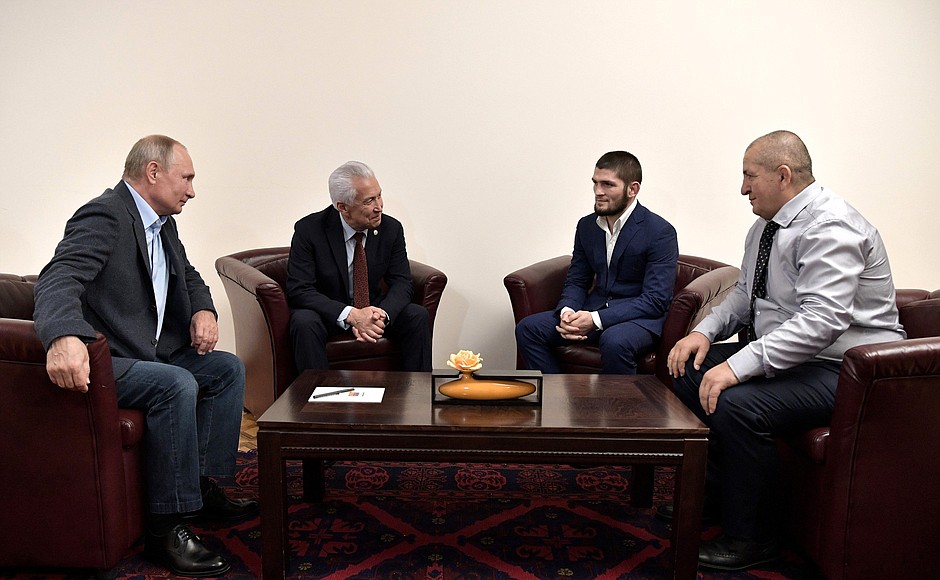 Yesterday, Khabib had the opportunity to meet with Russian President Vladimir Putin who congratulated him on his convincing victory against Poirier. Khabib is one of the most popular athletes in Russia with his fight against Putin being watched by 1/4th of people in Russia. The fight generated a viewership of 26 Million in Russia’s Chanel 1 network. 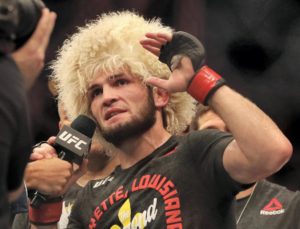 As per reports from RT, “drew a TV audience of around 24 percent among adult viewers across Russia on Saturday night, according to the data.”

Dana White shared a tweet of Khabib and his father Abdulmanap Nurmagomedov meeting with the Russian president.

“I want to congratulate you. It was a decent fight against a strong and tenacious rival,” Putin told Nurmagomedov (translation by RT sport).

“Yes, the opponent was strong and respectable. This time around I fought against a person who respected me,” Nurmagomedov replied.

“I watched the fight, you submitted him with a rear-naked choke, it was a classic chokehold. You did it in the correct way, without squeezing his throat, but holding him on both sides of the neck, as it should be. It was all fair.” Putin concluded. (H/T – MMAFighting.com)

Khabib met with Putin back in 2018 as well after his victory over Irish superstar Conor McGregor.