VIDEO: Stamp Fairtex defeats Puja Tomar via first round TKO at ONE Championship 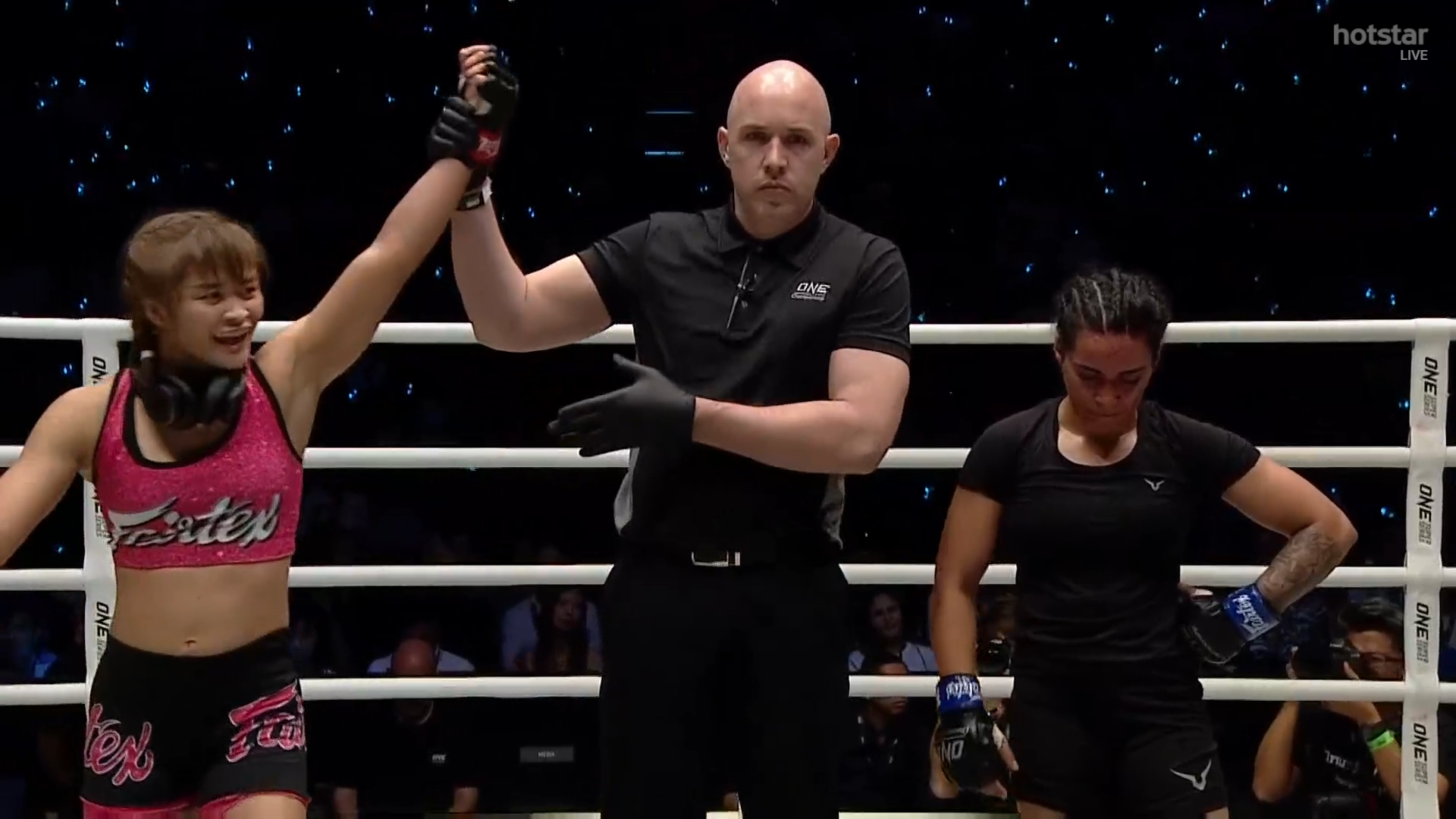 ONE Atomweight Kickboxing and Muay Thai World Champion Stamp Fairtex defeated Indian MMA star Puja Tomar via TKO in the first round at ONE Championship: A New Tomorrow event in Bangkok, Thailand.

This is the third time Stamp Fairtex has beaten an Indian fighter. She previously fought Indian MMA sensation and knockout star Asha Roka at ONE Championship: Dreams of Gold and won by rear-naked choke submission in the third round. Before that, she knocked out Rashi Shinde via a head kick in the first round at ONE Warrior Series back in 2019.

The fight was fairly one-sided. Tomar managed to take down Fairtex early in the round, but she managed to get up. However, it didn’t take long for Fairtex to impose her will on Tomar. The Thai superstar was looking fairly bigger than Tomar. Fairtex managed to takedown Tomar and landed some ground and pound. She tried to sink in an RNC midway through the first round but was unable to execute it properly. 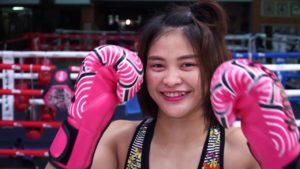 However, she then went on to dominate the fight with strong ground and pound and landed hard shots on the face of Puja Tomar. The referee took his time giving Puja enough time to respond, but ultimately he stepped in and stopped the fight with 32-seconds left on the clock.

Heading into this fight, Puja Tomar was coming off of a split decision loss to Priscilla Hertati Lumban Gaol at ONE Championship: Eternal Glory last year. Before that, she was on a two-fight losing streak against Hayatun Jihin Radzuan and Tiffany Teo. With this loss, she has now dropped to 4-4 in Mixed Martial Arts.

With this win, Fairtex is now riding on a four-fight winning streak in MMA. She has finished all her opponents but Biu Nguyen.

In the post-fight interview, she said that she wants to fight for the title soon.

Previous articleTony Ferguson posts innovative training videos ahead of Khabib showdown
Next articleCowboy to Conor McGregor: Trash talk all you want but don’t go for a low blow!