VIDEO: Tyson Fury destroys Tom Schwarz in the second round to remain undefeated 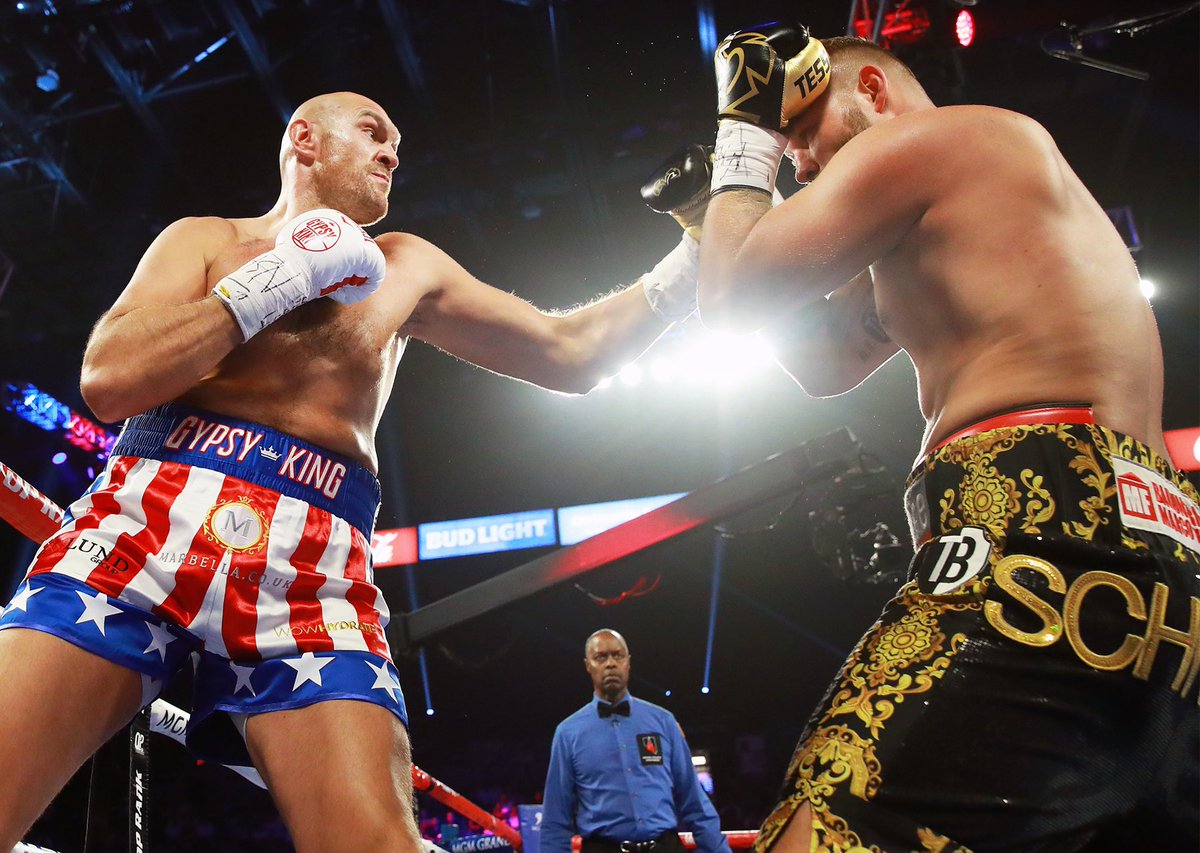 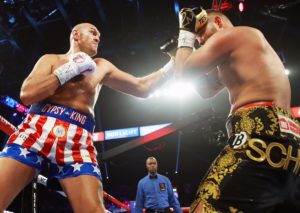 You have to love this guy Tyson Fury!! @Tyson_Fury #FurySchhwarz pic.twitter.com/EIKxfahW8x

The fight started with Tyson Fury unloading his jabs and scoring at will, although Schwarz did have his moments in the round, it was Fury’s combination punching and dominant footwork which gave his the first round. In the second round, Schwarz backed up Fury into the ropes, only for Fury to avoid a barrage of punches with his incredible upper body movement. He then hurt Schwarz with back to back power shots and riled him up into the corner until the referee Kenny Bayless steps in and stops the fight.

There is absolutely nobody like him. The most entertaining man in sports @tyson_fury #FurySchwarz 😂🎶 pic.twitter.com/2gkKuVE3uL

Tyson Fury: “Thank you America and God bless you all!

“The key tonight was to enjoy myself. I switched up to southpaw, caught him with a straight left – it would have put anyone away.

“The lineal champion is back. Bring them all on!

“I came here to have fun, enjoy it, put on a show for Las Vegas. I hope that everyone enjoyed it as much as I did.

“What’s next? We have got either September 21 or October 5 – then next year we are going to hunt down Deontay Wilder.”