VIDEO: Vijender Singh beats Mike Snider via TKO in the fourth round 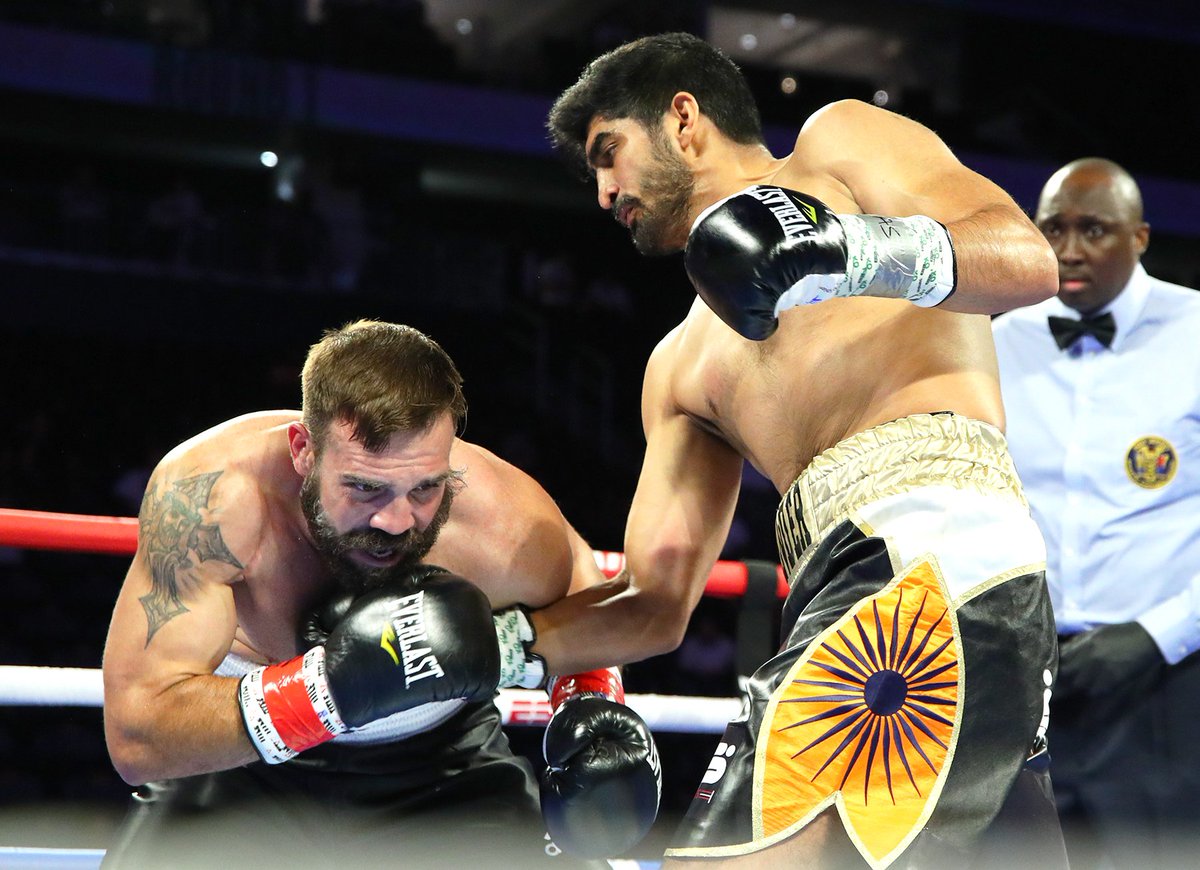 Indian Boxing sensation Vijender Singh made a big statement at the Prudential Center in Newark, NJ as he knocked out his opponent Mike Snider in the fourth round to improve his professional record to 11 wins. 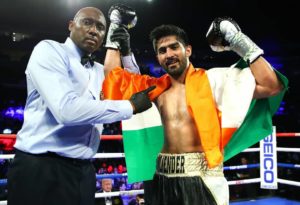 So far he is undefeated inside the ring, today he displayed brilliant head movement throughout the fight, the find ended in the second minute of the fourth round when Vijender had Snider in the ropes and he unloaded a flurry of straight punches until the referee Shada Murdaugh had to step in and stop of the fight.

Never thought I’d see the day that Vijender Singh would be fighting in my hometown of Newark, NJ. 😍😍pic.twitter.com/V9h9F81liL

This was Vijender’s first fight in nearly 1.5 years and he looked sharp and was never in any trouble inside the ring. Before this he had fought Ernest Amuzu in Jaipur where he won the fight via unanimous decision. Singh has won regional titles like WBO Asia-Pacific and WBO Oriental titles. But now he hopes to fight for the world title soon.

After the knockout win, Vijender said, “It was excellent get back in the ring after a long time off. It’s great to be here in the USA and to get the win. It was really exciting. I am really happy for my winning debut in the USA,”.

This fight was Vijender’s first under the Top Rank Promotions.