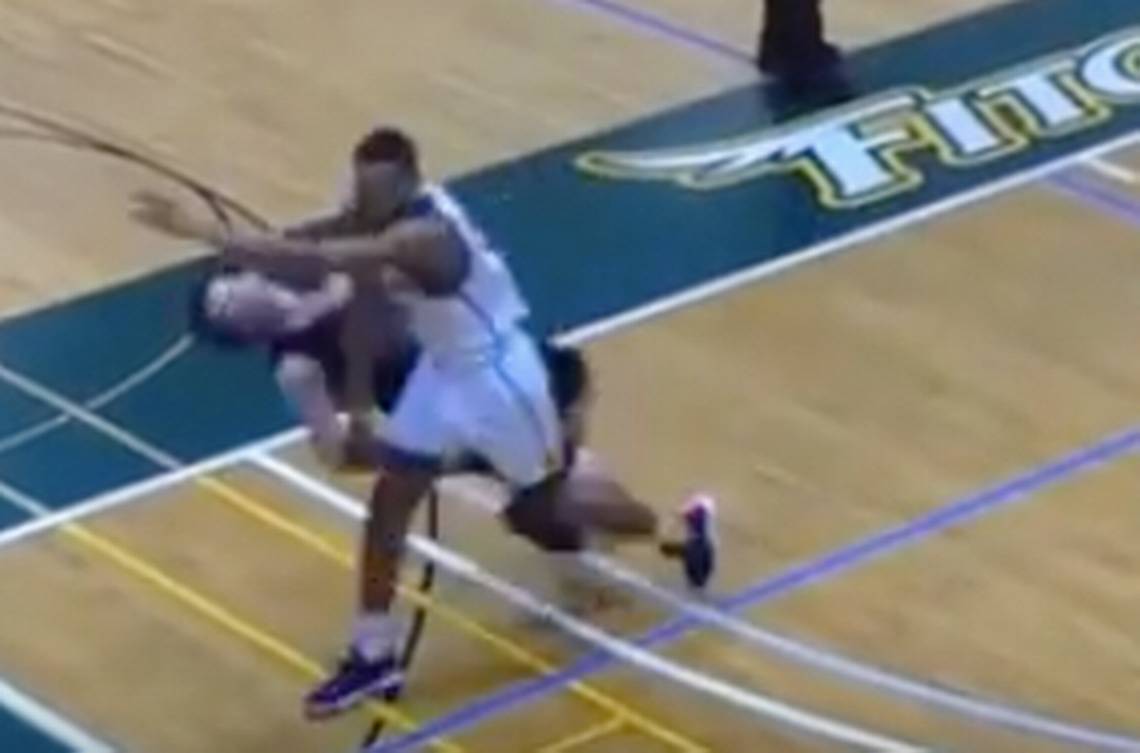 A Division III basketball player Kewn Platt was suspended and banned from the campus of a Massachuset school after hitting an opposing player with a vicious elbow during a game on Tuesday night college basketball game.

The video which was posted on Twitter has gone viral and has garnered millions of views, with prominent sports profiles like ESPN, SportsCenter, Bleacher Report etc have reposted it and has been shared thousands of time. 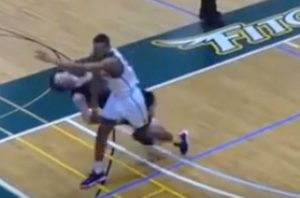 In the final minutes of a game, Tuesday night between the Fitchburg State Falcons and Nichols College, Fitchburg State guard Kewan Platt threw a vicious forearm at Nichols’ Nate Tenaglia as he attempted a corner three. Before the assault, Platt had missed a shot in an earlier possession and turned to the official out of frustration.

After getting suspended, Kewn Platt posted an apology and said he was deeply sorry for his actions.

“I hereby want to apologize and show my deep regret upon my actions that occurred during the game against Nichols College the other night,” Platt wrote. “What I did was totally unacceptable and not justified in any way. I got frustrated and lost control over my behavior. I know these words cannot undo my wrongdoings. In the future, I promise to make better choices.

“I’m not only apologizing to Nate Tenaglia but also to my teammates, the coaching staff, the University, and the whole basketball community.”

Tenaglia appeared to be OK after the shot and didn’t suffer from any serious injuries. Nichols went on to win the Division III matchup 84-75.