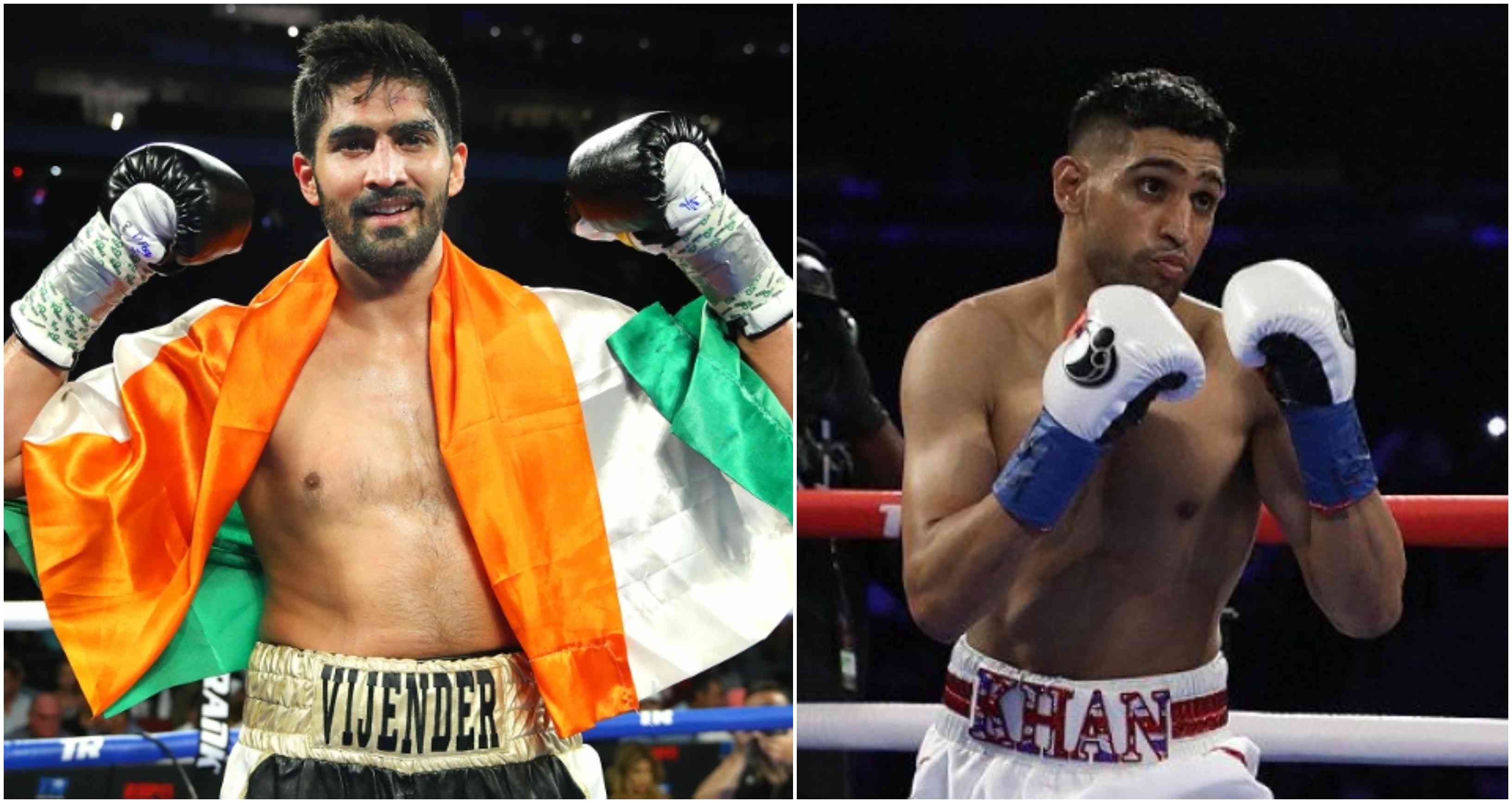 After nearly an 18-month layoff Indian Boxing superstar made his ring return last Sunday as he fought at the Prudential Center in Newark, NJ against Mike Snider and stopped him in the fourth round via TKO.

With this win, Vijender has improved his professional record to 11-0 with eight of them coming by the way of knockouts. Now Vijender plans on remaining active inside the ring. 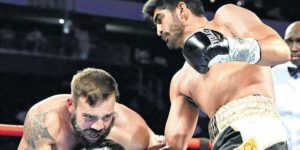 Now, fresh from his knockout victory, Vijender has his eyes set on two-time world champion from the United Kingdom Amir Khan (34-5-0). Khan had previously called out Singh before numerous times. In fact most recently, when Khan came to New Delhi to promote his fight with Neeraj Goyat, the British-Pakistani boxer said that Singh is afraid of him.

“I have repeatedly said I am ready at any time, anywhere. But he is picking up kids as opponents. The latest was Neeraj Goyat, who is very talented but quite young compared to me, but that did not materialise because of Goyat’s injury. Let him first stop playing around with kids, then we can have a bout of grown-ups,” Vijender said.

Although the fight is far from happening as Singh fights three-weight classes above Khan. The Haryana born boxer fights in the super-middleweight category and Amir Khan fights in the welterweight division.

“He has done it before,” Vijender pointed out about the time when Khan moved up to the middleweight division to fight Mexican superstar Canelo Alvarez back in 2016, where he suffered a brutal sixth-round knockout.

“I can reduce my weight a little and he can increase it and we can agree on a midpoint. He has done it before.” Singh said.

Do you guys want to see this fight? Who do you think wins this?