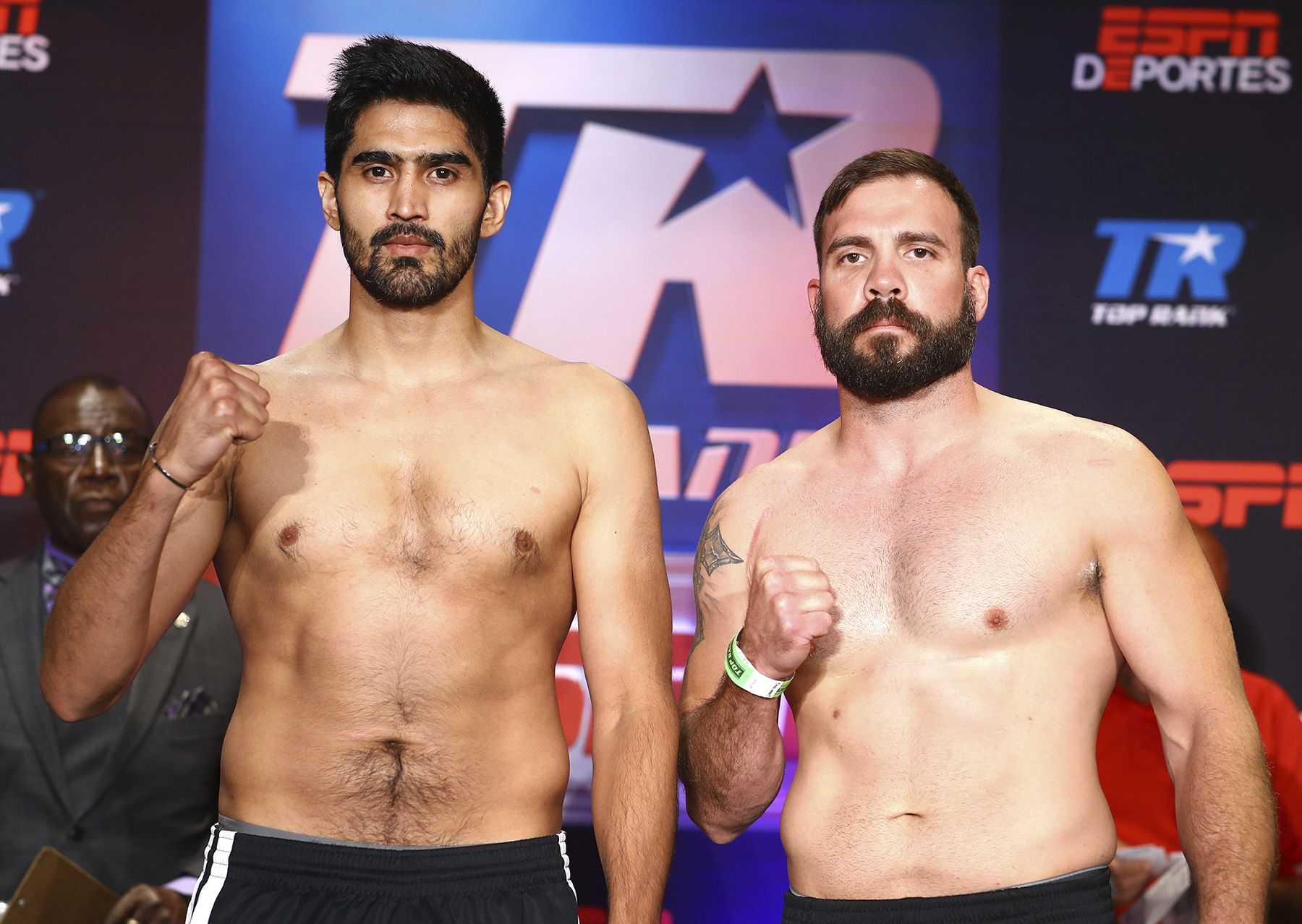 Indian Boxing star Vijender Singh is all set to make his US debut on July 13 against Mike Snider at the Prudential Center in Newark, NJ on the undercard of American boxing star Shakur Stevenson vs. Alberto Guevara.

He was supposed to make his US debut in April on the undercard of Vasyl Lomachenko vs. Anthony Crolla in Los Angeles, but he had to pull out of the fight following an injury sustained during a sparring session. 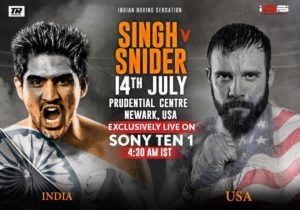 Mike Snider has a professional record of 13-5-3 and has stopped eight of his opponent inside the distance. In his last fight in February earlier this year, he fought against Tommy Hughes in Chicago and lost the fight via TKO in round five.

This fight will be an important one for Singh, as he will step inside the ring after a long layoff of 18-months. He last fought against Ernest Amuzu in Jaipur in December of 2017 where he won the fight via unanimous decision. However, Singh is happy to finally make his ring return after a long layoff.

“I’m focused on my boxing career and my craft. I want to fight two more times this year, keep busy and work towards a world title opportunity.”

“There are a lot of Indian people in this area, and I know they will come out to support me. It’s been a long time out of the ring for me, and I am ready.”

The fight will be live on Sony Ten 1 and Sony Ten 1 HD. The undercard will start from 4:30 am in the morning.