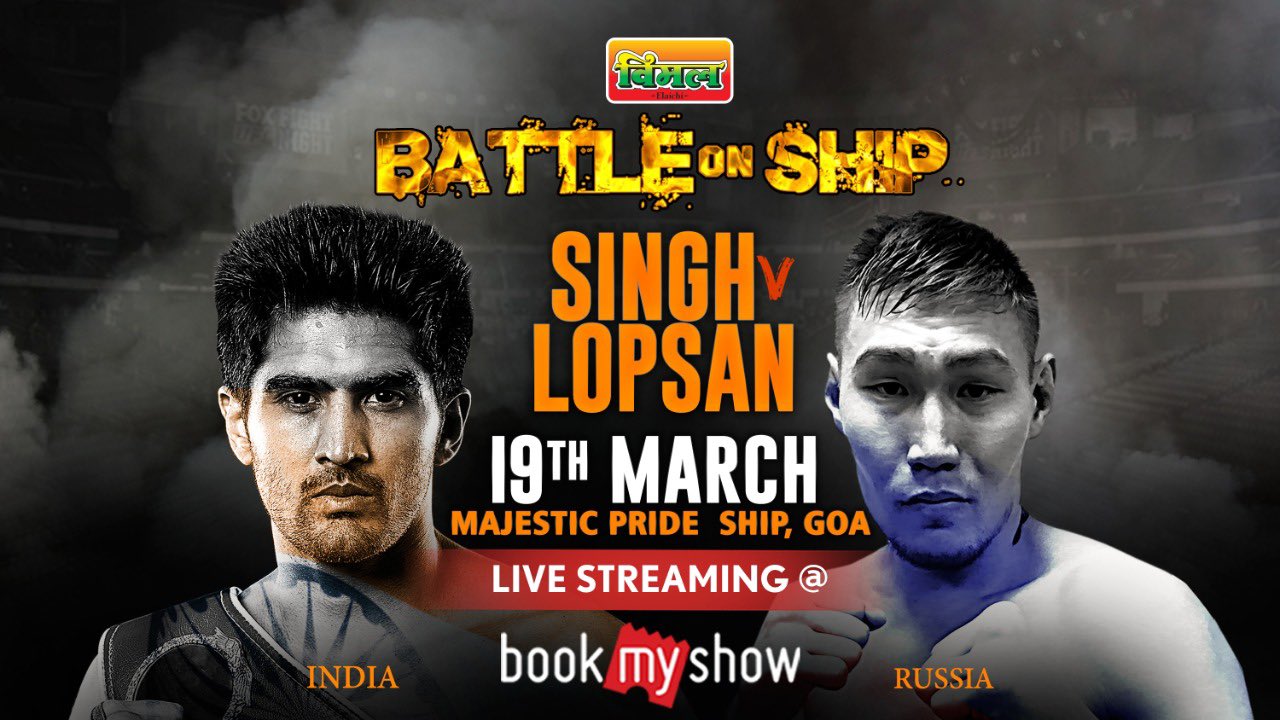 Indian boxing sensation Vijender Singh is all set to fight on 19th March against Russia’s Artysh Lopsan at the Majestic Pride Casino Ship in Goa.

Vijender Singh has now joined the elite list of boxers in the US and UK to fight on a pay-per-view platform. Historically, the pay-per-view mode of watching boxing is used by promoters and networks alike to generate huge sums of money that weren’t possible through ad revenue. 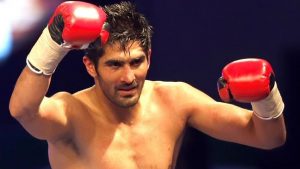 Currently, the biggest PPV boxing stars include the likes of Anthony Joshua, Tyson Fury, Errol Spence Jr, Canelo Alvarez etc. Now with Vijender Singh ditching the television to fight on PPV platform clearly shows that the former Olympic medalist is eager to join the ranks of his western counterparts and enjoy all the benefits a successful PPV model can bring.

Vijender Singh, the next PPV star

Fans can purchase the PPV on BookMyShow and Fancode for just ₹99 (Inclusive of all taxes).

Vijender Singh was last seen in action back in November when he fought Charles Adamu (33-14-0) of Ghana at Caesars Palace, Bluewaters DXB. In that fight, Singh knocked down the Ghanian three-times and defeated him via a unanimous decision.

Top Indian boxing contender Neeraj Goyatwill take on Sandeep Kumar (Super Welterweight) on the same card as the co-main event headliner. There will be six other under-card fights as well.

“It is going to be a big fight in Goa. Vijender has the experience and unbeaten streak while Lopsan also has a good record under his belt. I’m expecting a really good fight between the two and fans will be able to witness something incredible,” added IOSBoxing Promotions’ Neerav Tomar.

Wager on Boxing and MMA here.