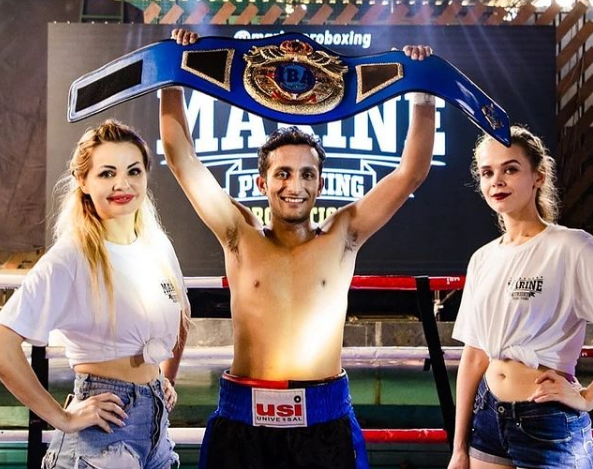 The 26-year-old, who hails from Dehradun, is the first professional Flyweight boxer from India and made his pro debut against Obedi Maguchi in August 2018 at the ABA Stadium in Auckland, and suffered a loss by TKO.

However, since then, Punera has remained undefeated in the squared circle and extended his win streak to five victories on Monday, with dominating his fellow Indian pugilist Raj, whom Punera had already defeated when they first met back in November 2019.

The fight started off with Raj throwing his right hand, trying to make a connection. But Punera’s head movement nulled Raj’s efforts to land a punch. As soon as he saw an opening, Punera went on the offensive, landing some staggering body shots which put Raj on his knees at the 18-second mark in the first round.

Raj was not able to survive the count as Punera clinched his fifth professional victory by TKO, as well as won the IBA Asia Flyweight title.

Prior to the win against Raj, Punera was last seen in action against Vimal Kumar in December last year at the Marine Centre Club, when he also marked a win via TKO.

Previous article
T.J. Dillashaw says he wants to fight for the title at the beginning of 2022
Next article
Michael Chandler feels Dustin Poirier should aim for fourth fight against Conor McGregor over title fight against Charles Oliveira