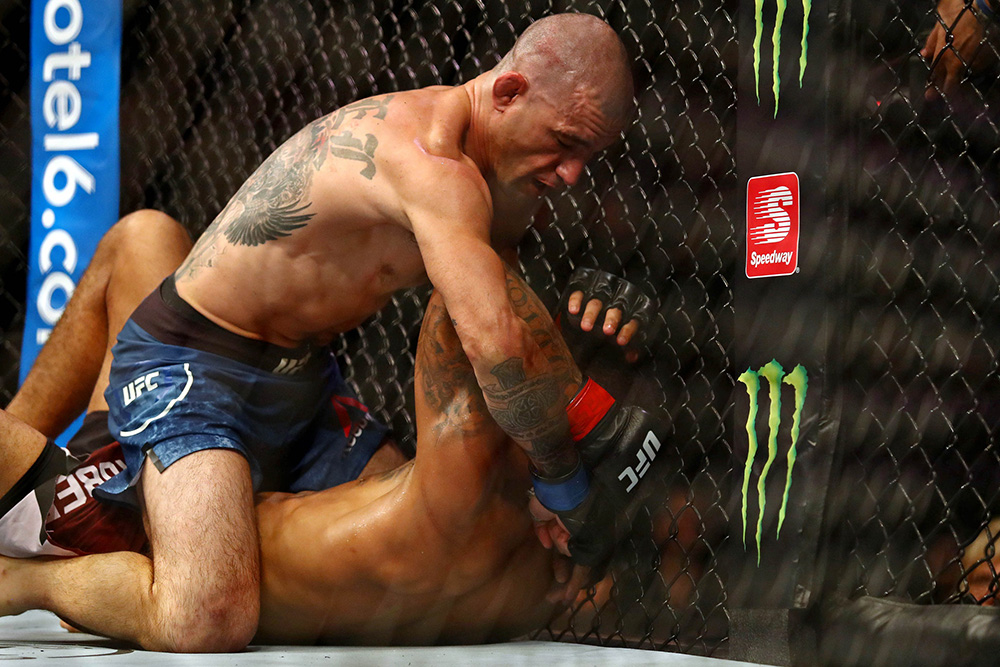 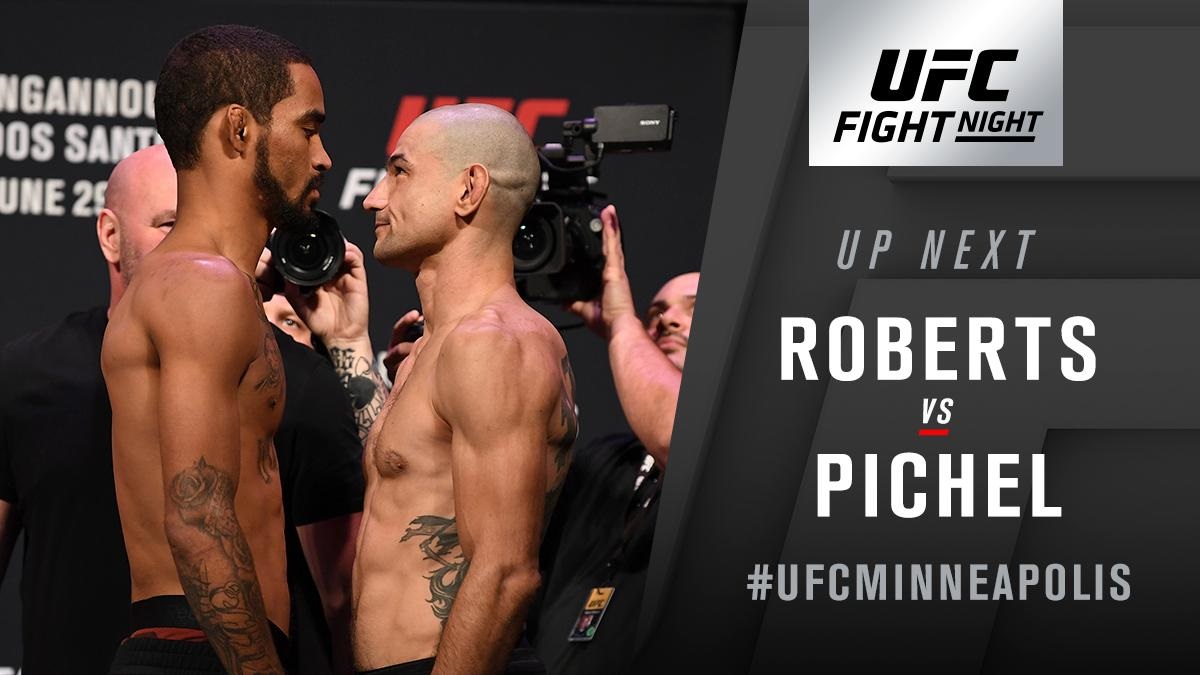 Another light weight match up in the main event as the Roberts puts his undefeated streak on the line against Pichel who has seven UFC fights under his belt. Roberts builds up the momentum in the first round with his punches and knees. His take down in the first round gets him ahead in the scorecard, but Pichel ups the ante in the second round an gets Roberts in all sorts of trouble. Continuing his pace in the third, Pichel looks like he doesn’t want to lose this fight and is willing to give his all inside the octagon. Attempting an arm-triangle and then kimura in the final seconds, Pichel scores big and gets ahead in the judges books. Pichel hands Roberts his first professional loss and bounces back to the win column