Vintage Tony Ferguson’s at it again: When you keep winning, you keep losing! 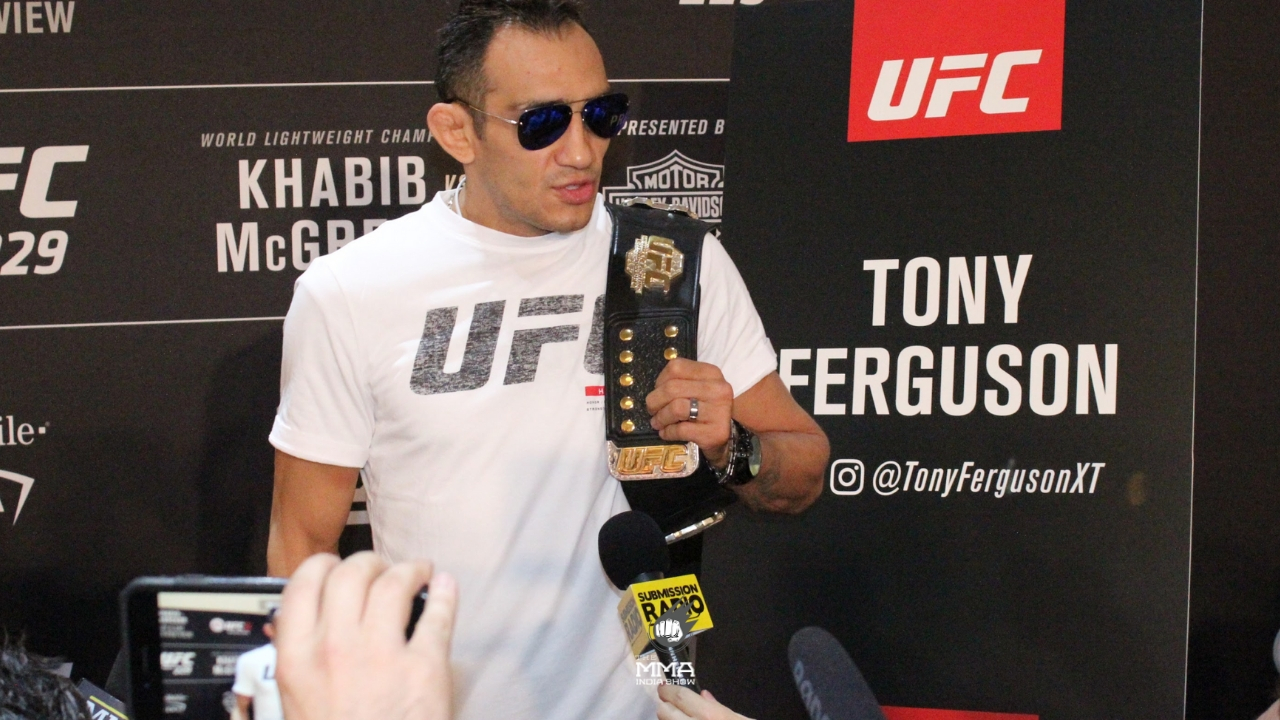 The former UFC interim lightweight champion Tony “El Cucuy” Ferguson has always dished out not only some superb performances inside the octagon but also some pretty mind-boggling statements and quotes. In a recent interview before the highly anticipated UFC 229, Ferguson made another outrage statement by claiming that when you win, you lose.

Ferguson is scheduled to face Anthony ‘Showtime’ Pettis in the co-main event of UFC 229. It is widely expected that if Ferguson wins the fight, he will go on to face the winner of the fight between the current UFC lightweight champion Khabib Nurmagomedov and former champ Conor McGregor.

In his address to the media, Ferguson talked about his accolades and how much he loves the fans. He also further went on to claim that when you keep on winning, you also keep on losing, because people lose a touch of themselves due to all the success. Here’s what he said:

You guys would be surprised about how many accolades I have. You have not one clue. I’m gonna invite you guys to my facility one day and You’ll be able to see a lot of different things that I have, which I’ve collected over the years. The one part that my pops told me a long time ago was, “Don’t give everything away.” Because I love that. I love to be able to see a fan, I give my hat, I give my bracelets, I do all that because it’s for the fans.

The one thing is when you keep winning, you keep losing. You start losing touch of yourself.

Below is the video of Ferguson’s interview: