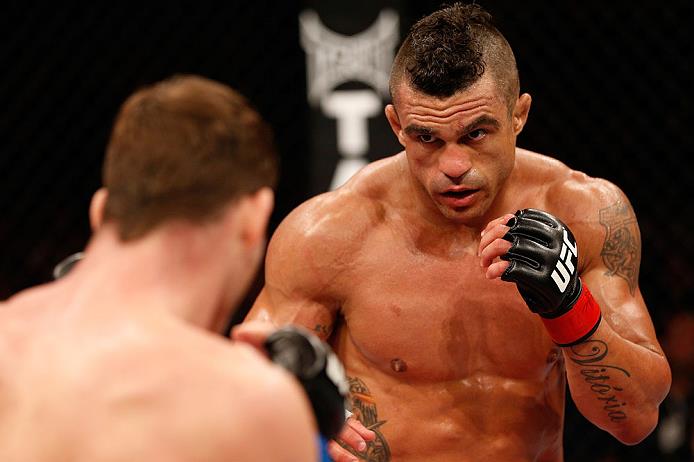 Vitor Belfort recently lost to Kelvin Gastelum at UFC Fortaleza and immediately announced that his next fight would be his last.

Then in a highly interesting call out to say the least he mentioned that he would like to fight CM Punk in his last fight. Now one is not sure whether he was serious or not but if he is then it looks like he wants a slightly safer fight as his last one considering the ease with which Mickey Gall finished Punk in his only showing in the Octagon, bringing a lot of ridicule in it’s wake for his MMA skills. Though Punk has since expressed his desire to come back to the UFC, Dana White has said it might be better for him to fight in some regional promotions first.

As far as Vitor goes we would like to see him go out with a bang though not necessarily a preordained one.