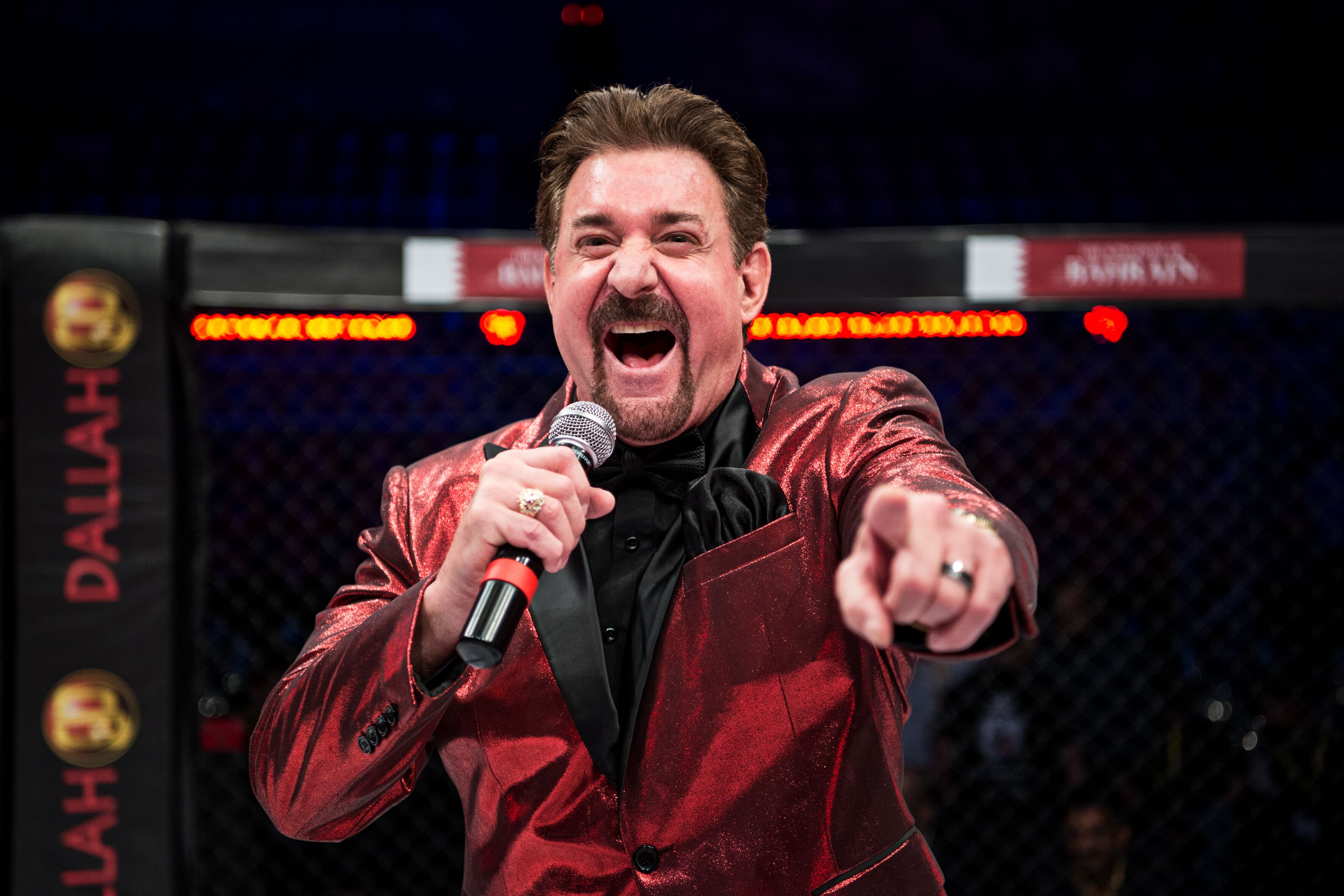 Carlos Kremer’s voice has become synonymous with BRAVE Combat Federation, as the American announcer has introduced fighters and fans throughout the world, helping the Bahrain-based promotion be recognized as the fastest-growing MMA organization in the world.

On last week’s BRAVE Insider Podcast, “The Roaring Lion” was interviewed by host Jason Van Schalkwyk and detailed his road to stardom while expressing his gratitude to His Highness Shaikh Khaled bin Hamad Al Khalifa, the founder of BRAVE CF, and Mohammed Shahid, BRAVE CF president, for taking a chance on him.

“I’m truly blessed to have been able to find my passion, which is announcing. I have been doing it for a long time now and to be recognized around the world as the voice of BRAVE Combat Federation is very rewarding and humbling. I must thank His Highness Shaikh Khaled bin Hamad Al Khalifa for changing not only my life but thousands of other lives in the world. I can’t say enough good things about him. It’s unbelievable what he’s achieved, with the help of Mohammed Shahid, BRAVE CF president. They have changed the landscape of MMA and sports in general, and their impact is heard worldwide”, said Carlos.

Kremer has been recognized three years in a row as the best announcer in mixed martial arts and has expressed his delight at the recognition, as well as making sure the BRAVE CF fighters always have “the best introduction” and “recognition for their difficult work for entertainment”.

“For me, the main thing is always to give the fighters their due, to have them recognized by the audience and everyone else. To announce them and to have them pumped up for their moment in the spotlight is a blessing for me. I’m truly humbled by the success that we have all found together”.

Previous articleUFC 249 gets main event Ferguson vs Gaethje plus 11 thrilling bouts
Next articleUFC 249 is exactly why we need sports regulation in MMA, says BRAVE CF president