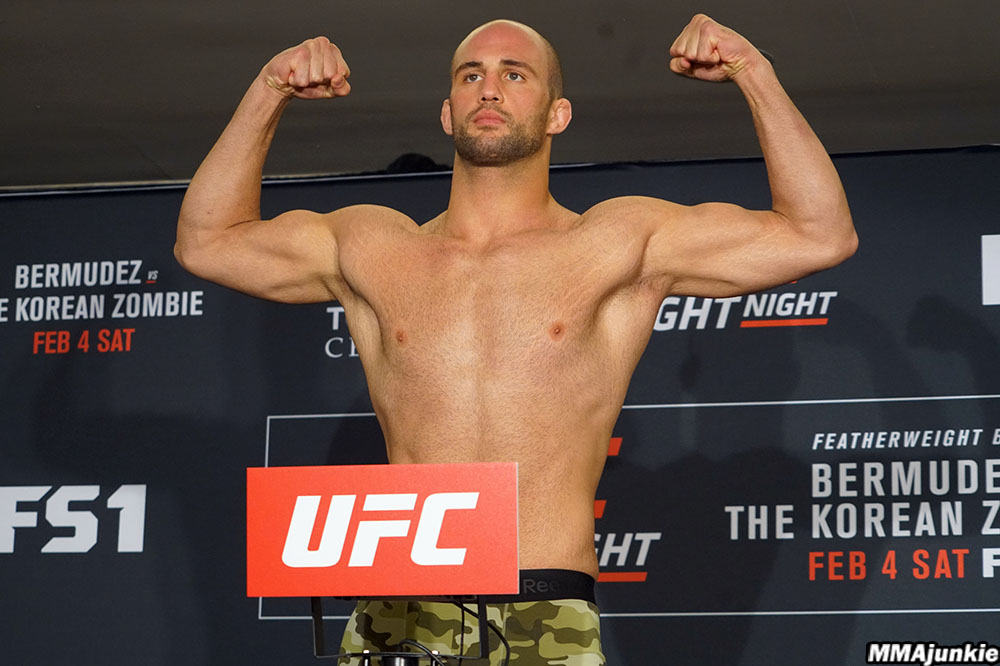 Volkan Oezdemir did his best to avoid former training partner and friend Ilir Latifi, but the Swiss light heavyweight’s visa situation has somewhat forced him into a bout with him anyway.

“I trained with Ilir in 2011, the first time I was in the U.S.,” Oezdemir told MMA Fighting’s Eurobash podcast.

“We trained together for five weeks and we really hit it off. We’ve stayed friends and we talk from time to time. I was eager to fight after taking three losses [in a row], but because of my visa I cannot fight in the U.S. right now, I must fight on the European cards.

“I wanted to get back on track because I was really feeling disgusted about the outcome of my last fight. I told the UFC I really wanted to fight in Stockholm; [the event] was two or three months away from my last fight. They told me the only possible opponents for the card were Ilir and Manuwa, and I’ve beat him already anyway. The choice turned out to be Ilir.”

“One of my coaches from Turkey told me [Latifi’s] manager contacted him and he was fine with it; it’s just business at the end of the day. I don’t wish him any harm, it’s like two work colleagues, let’s put it that way. We’re going to be colleagues on fight night, we’ll be earning money together and may the best man win,” he said.

“I’ve been fighting guys that I’ve trained with, but maybe I’ve only trained with them twice, so it wasn’t really a big thing,” explained Oezdemir. “With Ilir, it’s going to be a bit different; it’s going to be a different mindset going into the fight. I have no hatred towards him; just respect. It will be a good war, I know it will be like a good game. We’re going to fight to the best of our abilities and bring the best out of each other.”

“I’ve been training with an up-and-coming fighter, he’s probably going to be in the UFC some day, Marthin Hamlet. It’s a good way to prepare myself to face Ilir because he’s a great Greco-Roman wrestler and freestyle wrestler. [Marthin] is a great wrestler too, so it was perfect for me to do my camp with him.”