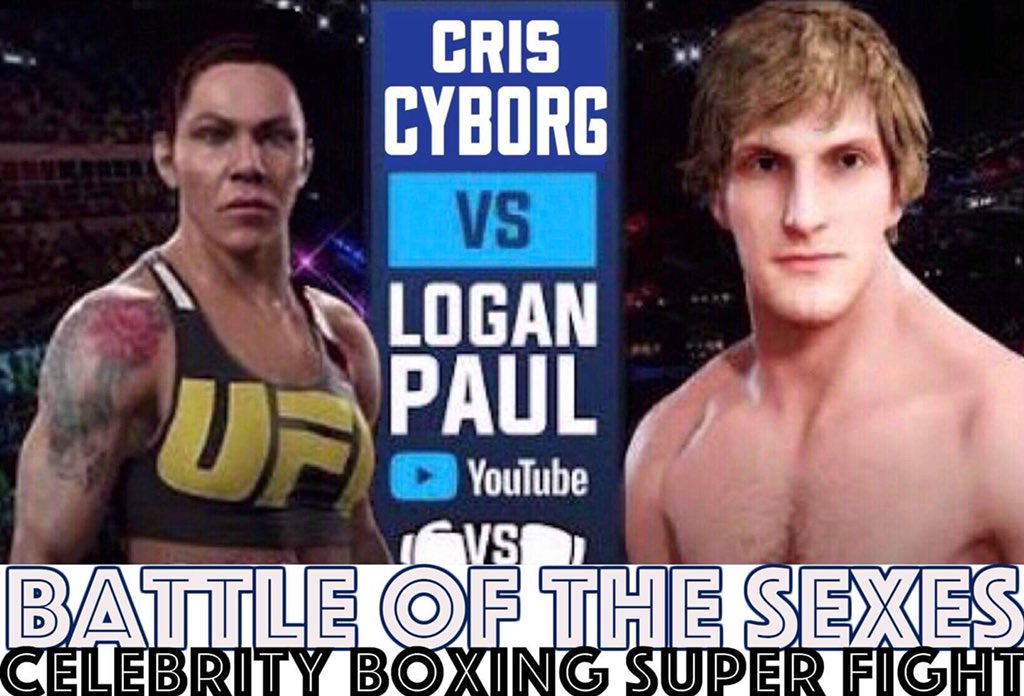 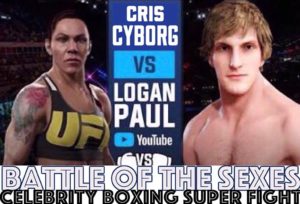 Cris Cyborg retweeted a twitter handle which had a picture of Cyborg and Logan Paul facing off against each other and she retweeted it with the caption “#BattleOfTheSexes” and also tagged Logan Paul.