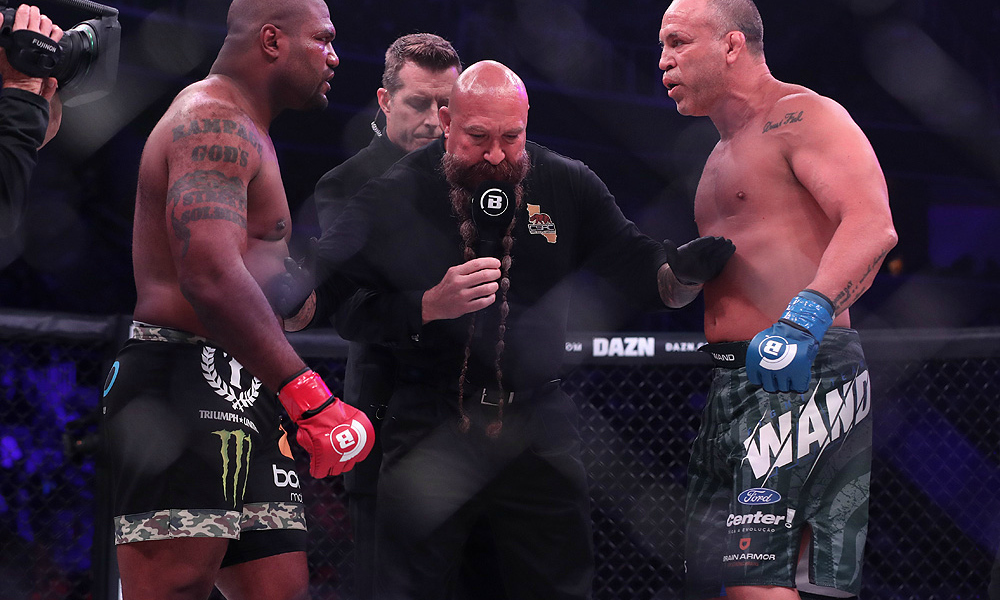 Wanderlei Silva has been around Mixed Martial Arts for a long time, and yesterday he stepped into the cage for the forty-ninth time and suffered a brutal TKO loss to Quinton ‘Rampage’ Jackson. Last week he said, he could see himself fighting beyond Saturday’s Bellator 206 fight.

Now that he lost to Jackson, he still hasn’t changed his mind, even though he has lost two back to back fights.

“I want to be more busy, I want to fight as soon (as I) can,” Silva said at the post-fight press conference. “I want to do better next time.”

Shortly after his fight against Rampage Jackson, he took to Instagram to thank his fans and supporters.

“I’d like to thank all my friends and fans for rooting for me. Leaving the octagon acclaimed made me very happy and it gives me the strength to fight again. I represented our country with heart. Unfortunately, the win didn’t come this time. It was the best fight of the night at Bellator 206. At 42, I can still do a few more fights. I’m already thinking about the next one. Who could be my next opponent? Thank you for the support, brothers.”

Bellator 206 marked the fourth time, both Silva and Jackson faced each other inside the Octagon and they both have gone 2-2 in their fight.

Bellator: Quinton Rampage Jackson gifts his manager a brand new Range Rover for getting him the ‘best contract of his life’