Wanderlei Silva wants to be a politician in Brazil 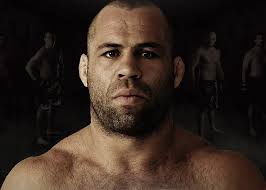 Wanderlei Silva has a very interesting announcement for his fans all over the world. Silva has revealed that he is considering contesting in an election for a Federal political office in Brazil. Wanderlei Silva is scheduled to fight Quinton ‘Rampage’ Jackson for the fourth time on September 29 in California in a part of Bellator’s first event with the streaming site DAZN.

“I think right now to go to politician in Brazil because we’re gonna have election in October, but like 10 days after the fight (with Jackson). I’m gonna try to run for politician there,” Jackson told ESPN during a recent press event in New York. “Maybe I’m gonna have plans to fight in Japan in December (for Rizin), maybe. We’re gonna check.”

Silva did not clarify whether he would quit fighting if he is elected but saw this opportunity to give back something to his home country of Brazil.

“Man, in Brazil, there is a lot of corruption. The guys there are doing just a terrible job. I think, man, I can do better than that. I have my own money. I have my own position. I have a lot of things I lost, I do the wrong thing; I need to do the right.”

UFC: ‘They are back here texting and not even looking at the fight’ – Johny Hendricks on Judges

Previous articleUFC: ‘They are back here texting and not even looking at the fight’ – Johny Hendricks on Judges
Next articleFootball/MMA: Alistair Overeem reveals his support for Sweden in the FIFA World Cup