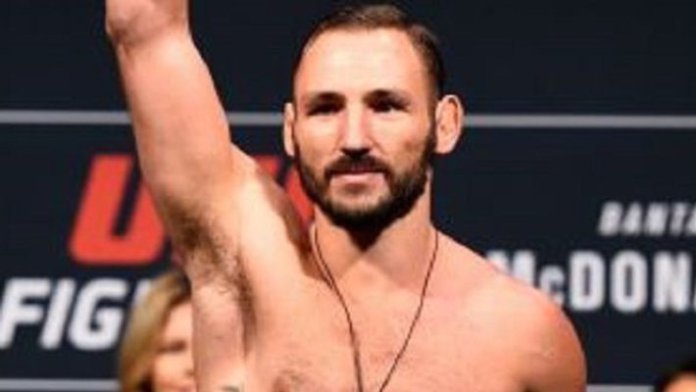 It looks like some problems  are going on within the reputed Jackson-Wink gym. Earlier this year, Donald “Cowboy” Cerrone announced he had left the gym after growing frustrated with trainer Mike Winkeljohn. He also didn’t like the gym allowing non-professional fighters to come in and train amongst UFC-calibre combatants.

Vannata (9-3-1 MMA, 1-3-1 UFC) announced during the UFC 230 media-day about him parting way with the academy.Although dissatisfied Lando took a different approach than Cowboy.He said to the media:

“It was around the same time. It was basically right after my last fight. I knew I was going to       switch gyms, regardless. I just wasn’t really happy there. Too much animosity with too many  people. A lot of people I didn’t mesh with and just couldn’t go there without being on-edge. I had to take off and then we had the whole Donald thing happen with (Joe Rogan’s podcast), and it was just perfect timing.”

He now splits his time at Cerrone’s BMF Ranch, as well as a gym that his friends had opened in the old Jackson Wink MMA facility.

“I’m happy, I feel good and I’m extremely impressed with how things are going so far,” he said. “Hands down the best camp. I feel amazing.”

Jackson Wink is home to former UFC light heavyweight champion Jon Jones and former bantamweight champion Holly Holm and other fighters like Carlos Condit,Diego Sanchez and John Dodson. Jones is coming off suspension and will fight at UFC 232 later this year.

UFC 230 takes place Saturday at Madison Square Garden in New York. Vannata vs. Frevola (6-1 MMA, 0-1 UFC) is the featured early prelim on UFC Fight Pass prior to televised prelims on FS1 and the pay-per-view main card.

Although Vannata is an excellent talent in the fight game his latest performances haven’t lived up to his reputation.Unfortunately he is  just 1-3-1 in his past five bouts ahead of his encounter with Frevola.

Vannata has said about his upcoming fight that “It doesn’t matter if it’s five seconds or 15 minutes, I’m going in there to perform at my best,” Vannata said. “A beautiful performance. Flawless victory again. A lot has changed. My cardio is insane right now, my technique is at a very high level. I’m looking to go put on a performance. I think it’s a great stylistic matchup for me.”