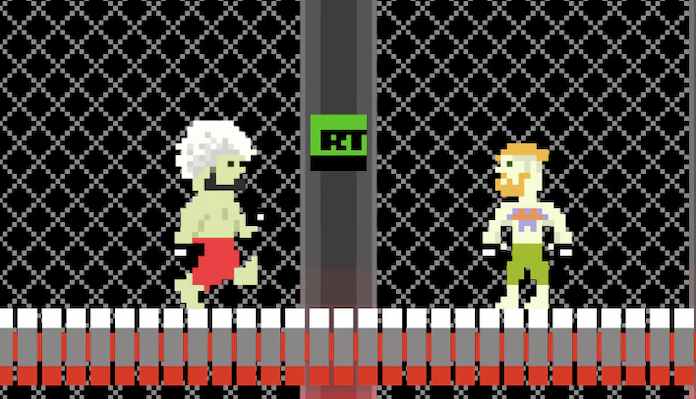 Super Mario is one of the most popular games of all time and watching Mario stomp those Piranha Plants, one can’t help but see the similarity between Mario and UFC lightweight champion Khabib Nurmagomedov dominate inside the Octagon. Russia Today gave Khabib Nurmagomedov a tribute in a Super Mario themed video which also features Conor McGregor. 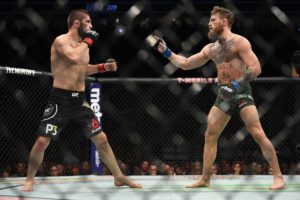 Check out the video:

The video shows Khabib Nurmagoemedov dominating former UFC lightweight and featherweight champion Conor McGregor. The video, however, doesn’t show the bit about his win over Dustin Poirier or his upcoming mega-fight against Tony Ferguson.

Khabib Nurmagomedov and Conor McGregor fought each other last year at the main event of UFC 229, where the Russian defeated the Irishmen via rear-naked choke in the fourth round.

There have been numerous talks about McGregor fighting Khabib in a rematch but the Russian superstar made it clear that he will only fight him if McGregor wins his next 10-fights in a row.

“As for a rematch, to fight for a belt in the UFC, I remember I had something like nine or 10 fights. If he wins 10 fights in a row, then that’s completely possible,” Khabib said per the Associated Press (h/t ESPN).

“If McGregor wants it, then Moscow is waiting for him,” Abdulmanap said on YouTube channel ‘Zhivina100’ (translation via RT Sport). “He said once that he has more fans here than Khabib. We want to host him in Moscow, he is welcome – we are waiting.”

However, both fighters have their upcoming fights scheduled. Khabib Nurmagomedov will be defending his lightweight title for the second time against Tony Ferguson at UFC 248. The fight is scheduled to take place at the Barclays Center in Brooklyn, New York on April 19.

Whereas, Conor McGregor will be returning to the Octagon for the first time since his defeat to Khabib Numragomedov next month at UFC 246, where he will be fighting Donald Cerrone. The fight will take place at the T-Mobile Arena in Las Vegas. The tickets for this fight has already been sold out.