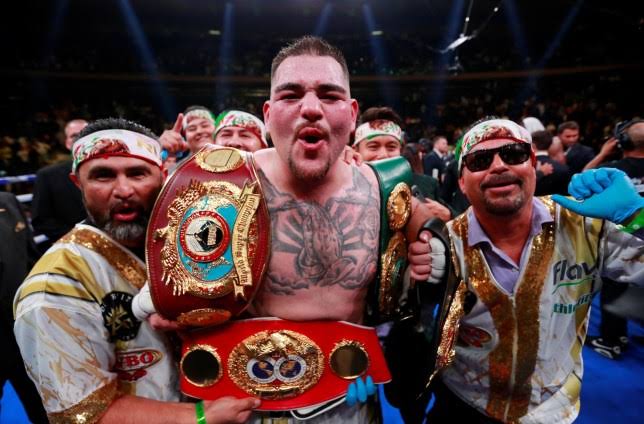 Former boxing heavyweight champion Andy Ruiz Jr. is enjoying his much deserved time off. He went through a gruesome 12-round war against current champ Anthony Joshua in December last year.

Resting on the sidelines, Ruiz reflected back on an old footage. The footage featured a teenage and extremely green Ruiz sparring with a familiar face. Not just any sparring partner, the man indeed was former UFC heavyweight champion Andrei ‘The Pitbull’ Arlovski. 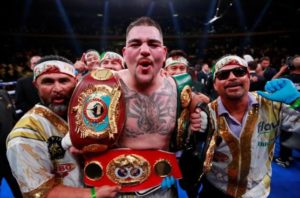 Even though it was just a light spar, the 16 year old Ruiz can be seen doing remarkably good. Ruiz known for his fluidity of pubches despite being of a chubby stature can be seen in the footage. He even staggered the legend Arlovski. Watch the footage below. (via Twitter):

I was 16 years old when I had the honor to spar with UFC Heavyweight Champion Andrei Arlovski . Super tough guy lived up to his name The Pitbull. I did manage to give him some trouble tho.😂Thanks champ! pic.twitter.com/BMCLJNTCaG

“I was 16 years old when I had the honor to spar with UFC Heavyweight Champion Andrei Arlovski,” Ruiz wrote. “Super tough guy lived up to his name The Pitbull. I did manage to give him some trouble tho. Thanks champ!”

Ruiz, now at 30, which means the footage dates back to 2005. Arlovski became the UFC heavyweight champion back in 2005 itself which means Ruiz was thrown against a prime Arlovski. Ruiz doing so good in that short sparring certainly justified him being a champion after 13 years.

Ruiz took on an extremely dangerous and then undefeated Anthony Joshua in his title shot. The fight was certainly a David vs. Goliath matchup with Ruiz as a heavy underdog. Ruiz however shocked the world as he dropped Joshua before stopping him in the seventh.

Ruiz then took on Joshua in a rematch but ended up on the wrong side of a unanimous decision. He however replied with a comment that he does not usually post footages and that an ‘announcement’ is coming soon. So we can see the ‘Destroyer’ in action soon. (via Twitter):

I don’t post my workouts as much but remember that real G’s move in silence. Announcement coming soon 🏆🥊🇲🇽 pic.twitter.com/hcIDDMFmVh

Arlovski on the other hand is still fighting under the UFC. One can say he’s way beyond his prime however still manages to take on top tier competition. Arlovski’s last win was against veteran Ben Rothwell last year. As of now he hasn’t indicated hanging up his gloves.

Previous articleUFC News: Derrick Lewis trolls Israel Adesanya for having ‘most boring fight of all time’ against Yoel Romero
Next articleFriday Fighter of the Week: Vaibhav Shetty