WATCH: Aaron Pico gets brutally knocked out by a flying knee! 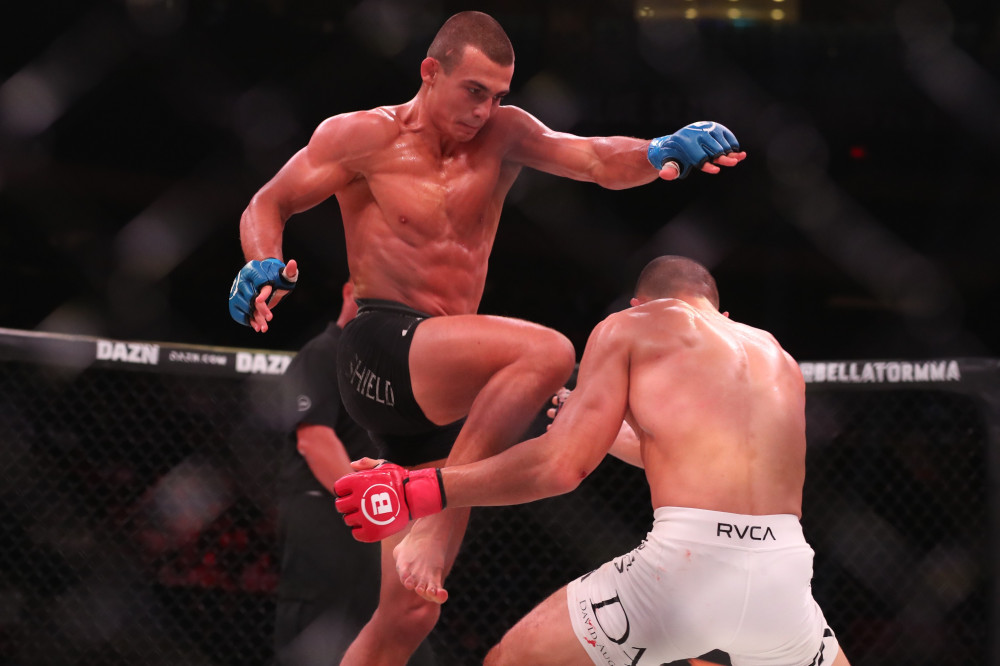 Aaron Pico faced off against Adam Borics at Bellator 222 and he was knocked out in spectacular fashion.

Pico started off with his wrestling and Borics initially had no answer for it. But he eventually landed a flying knee which knocked Pico out and Borics was able to finish off his opponent.

Scott Coker isn’t ready to give up on Pico yet. Here’s what he said :

“Don’t count this kid out,” Coker said at the post-fight news conference at Madison Square Garden. “Aaron Pico, he is learning how to do this, and he’s fought some tough guys and like he said, he said, ‘Look, I can wrestle, and I can box, but I’m still learning how to fight.’”

Pico dominated the bout with Borics right up until the point he got caught. It is just what you can expect in an MMA bout.

“You know, there’s a kid that had a great gameplan,” Coker said. “I think (Greg) Jackson had a solid thought in how are they going to fight this kid. And for the most part, he did great. He just made one mistake, he got hit, and you saw the rest. That’s MMA. That can happen to anybody. So, it’s just part of the business.”

Previous articleWATCH: Relive all the highlights from Bellator 222
Next articleChris Weidman and Jon Jones size each other up on social media