Watch: Alex Hernandez and Cowboy Cerrone turn up the heat in the pre fight press conference 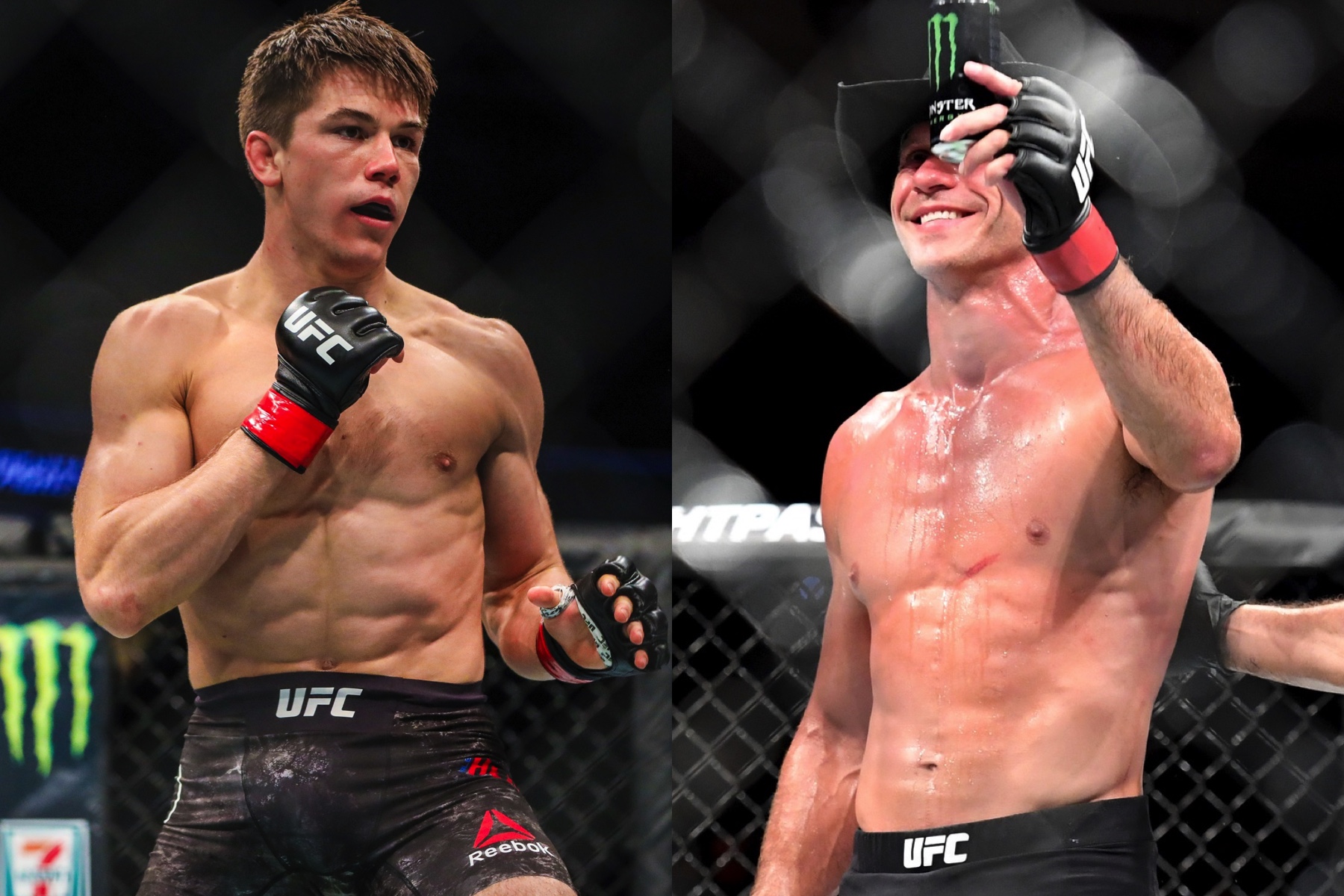 Alexander Hernandez has been making a lot of wave in the world of Mixed Martial Arts lately. He is all set to fight Donald ‘Cowboy’ Cerrone at the Barclays Center this weekend on the undercard of TJ Dillashaw vs. Henry Cejudo. He is coming off of a dominant and career-best win over Olivier-Aubin Mercier at UFC Fight Night: Alvarez vs Poirier 2 on July 28th in Calgary. 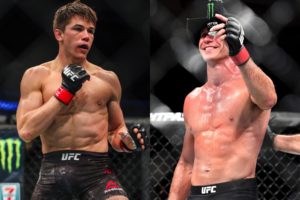 But at the UFC Brooklyn, pre-fight press conference, both fighters got into a verbal fight and turned the heat up.

“Man, it’s everything it’s supposed to be. First, grateful to “Cowboy” for taking the fight, maybe against his better judgment. With that being said though, I’m not drawn in by promotion, the city, even his image or persona of anything.

“It’s just another day, and to me, standing across from “Cowboy,” I’m looking through the fighter, I’m looking at the man. I think the persona is just a big distraction. I just see myself facing an insecure little lad, swinging on a saddle with a pop gun and a feather in his hat.”

Cerrone then immediately fired back:

“Yeah, little insecure, poppin’-fuckin’-cattle fuckin’ whatever, that’s good. I can’t wait for Saturday, man. But listen, my little friend, I’m not one to sit there and talk, so if you got big things to say, keep it professional. We just stood in the back, you didn’t have much to say, so, if you do…”

“You didn’t have much to say either, partner. I’ll tell you this, little friend, I’ll be sending your geriatric a** f****n’ back to the stables on Saturday.”

Cerrone apparently had enough by that point, claiming he had been mistakenly booked on the same floor as his rival. If Hernandez had something to say, Cerrone told him to knock on his door:

“I know you’re talking live, and Saturday’s coming, so let’s fight for money on Saturday, but I’m not the guy to sit here and talk s*** to. Because I know what floor you’re on, they f****d up and put me in the wrong room. I’m right next to you, little motherf****r, so, if you have something to say, you come to knock on my door, okay?”

“We’re not on the same floor. I’m in a different suite, for one. For two, you’re all buddy-buddy in the back, calling how healthy and nice. I do look f****n’ healthy, I look great.

“You look like you served the last two terms in the f****n’ Oval Office. You look worn out, you look aged and withered.”

He then made another personal attack by claiming Cerrone had mistresses:

“On your 40th fight, if it took you that long to figure out what your goals are and that you’re meant to be a champion, you’re about 39 too (expletive) late,” Hernandez said. “For me, I know why I’m in this. I know my purpose. I know my mission, and I’m 100 per cent committed to one thing.

Previous articlePaige VanZant on hiring a mental coach to overcome injury setback and long layoff
Next articleTJ Dillashaw’s weight is on point; plans to be the first to weigh in
- Advertisement -