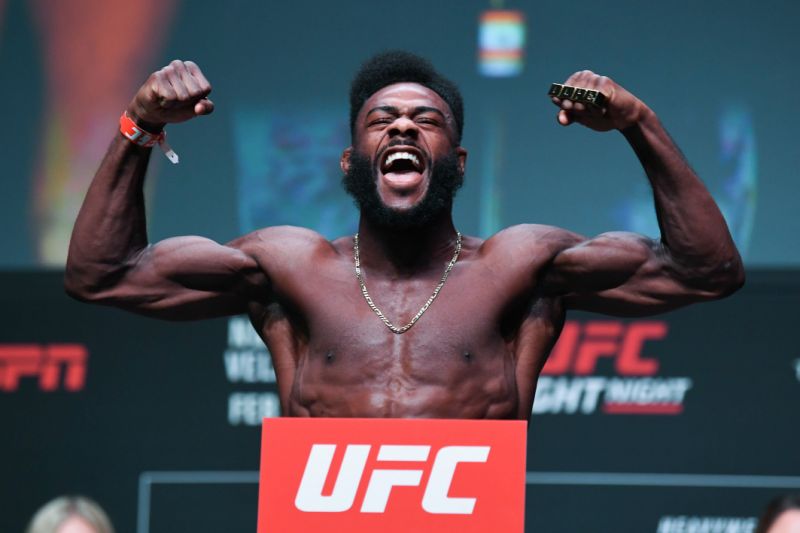 Aljamain Sterling had to go under the knife a couple of weeks ago. “The Funk Master” had to repair a Scapholunate ligament tear in his wrist. As Sterling is getting better with time, he took time out to share a video of his wrist after the surgery on Instagram.

Reportedly, the surgery knocked Sterling out of a potential title eliminator fight between against Frankie Edgar at UFC 244. However, the good news is that the timing of the injury of the No. 2 ranked Bantamweight coincides with that of the double champ Henry Cejudo. “Triple C” is also most likely out for this year and is planning to return at the beginning of the next year.

Currently on a four fight win streak, when Sterling returns he will just be a fight or two away from a shot at the title. Aljamain has defeated Pedro Munhoz, Jimmie Rivera, Cody Stamann and Brett Johns in his last four outings. His lone loss during his last seven fights has come by way of knee KO to Marlon Moraes in December 2017.

Aljamain Sterling injured and out of Frankie Edgar fight

Previous articleIsrael Adesanya reveals when he will retire from fighting
Next articleUFC 243 ‘Whittaker vs. Adesanya’ – Play by Play Updates & LIVE Results