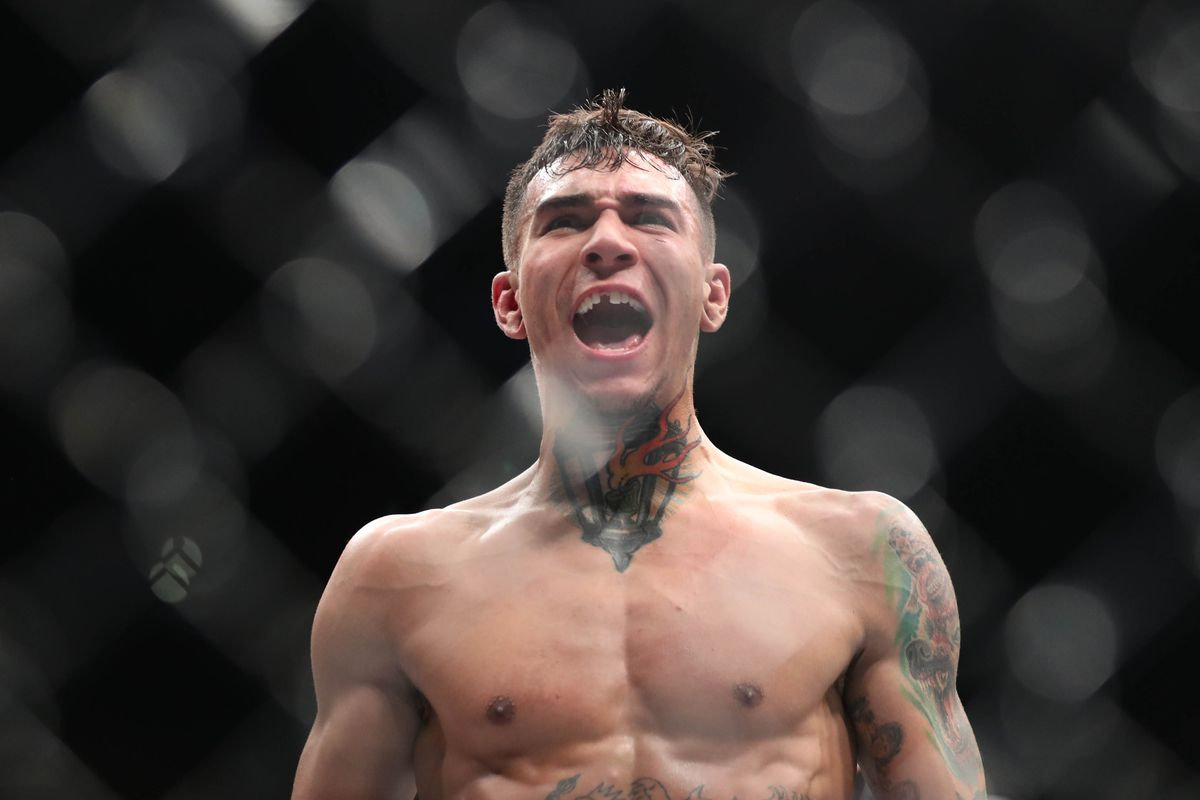 Andre ‘Touchy’ Fili was in a good mood after his victory at UFC on ESPN 1: Ngannou vs Velasquez. He seemed extremely confident about what was next for him and even had opponents in mind. His humorous take on whom he could face next could potentially even be interesting for one WWE legend.

He talked about facing the legendary Stone Cold Steve Austin in a Hell in a Cell match.

“I’m looking for Stone Cold Steve Austin to come out of retirement, Hell in a Cell, Touchy 3:16.”

Joking about weight class, he said that given three months, and a lot of pizza, he coul make 195 – 200 pounds easy. He wanted to fight Stone Cold, Francis Ngannou, and even Brock Lesnar.

“I’m Hawaiian Samoan Bro. Give me three months and some pizza, and I’ll rack up to ’95, 200. Where you at Stone Cold? After that Ngannou, Lesnar… I might fight Super Heavyweight.”

Continuing his humorous take on all the fighters who move up or down weight classes, he revealed his ‘plans’ for the rest of the year. He said that he would win the 145 Pound Title, and then move up to Light Heavyweight as if that was nothing.

“I’m going to win this ’45 Title by the end of the year and then jump to Light Heavys.”

.@TouchyFili is down to throw down with anyone: "Stone Cold Steve Austin in a Hell in a Cell…After that Ngannou, Lesnar…I'm going to win this 145lb title then I think I'm going to jump to light heavyweight." 😂